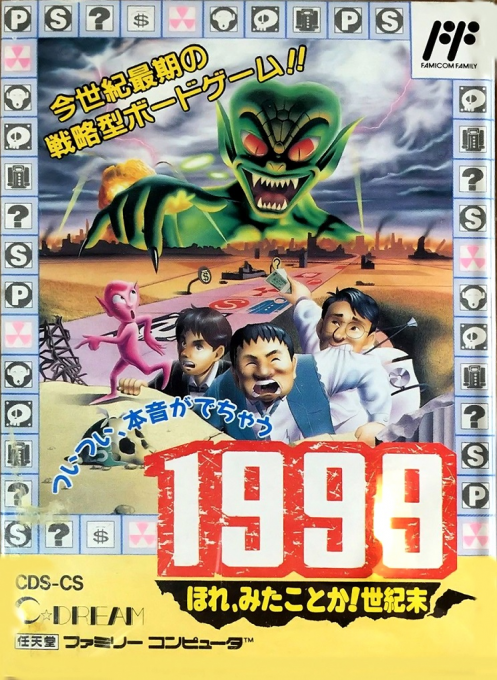 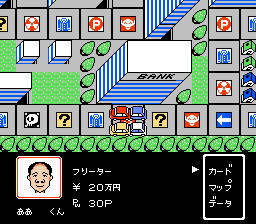 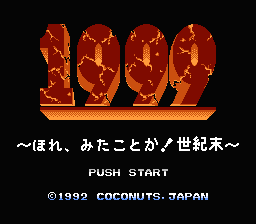 Four Japanese high-school students were camping at the countryside, when they suddenly saw an UFO landing nearby. Before they managed to understand anything, a small pink alien with a strict-looking face came out of the space ship and announced that the end of the century is near - and something extraordinary will happen in the year 1999. That's where the game begins. You can play as one (or two, in 2-player mode) of the students, competing against the others. You must prepare for the upcoming end of the century, earn enough money, and generally manage your life well. This is a Monopoly-like board game, only instead of dices you use cards. The characters are represented by small cars on a city map. The number that appears on the card you pull from the deck represents the amount of squares your car can move on the map. Each square leads to a different event: accident, romantic meeting, promotion, etc. Some of the events allow you to make an additional choice. For example, if you land in a casino, you'll be asked if you want to gamble. Answering "yes" will lead to a slot machine mini-game.