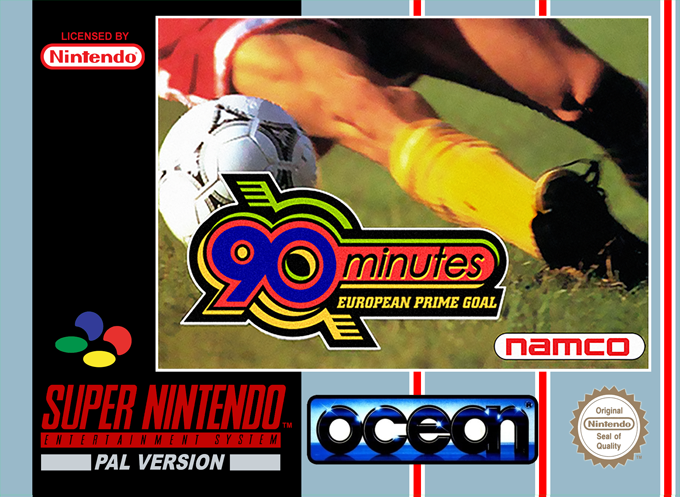 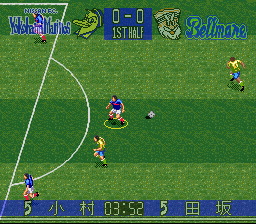 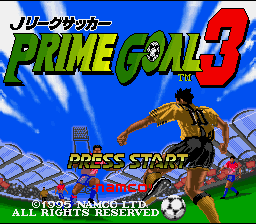 90 Minutes: European Prime Goal is a soccer game with the 14 teams of the Japanese first division (J. League) to play with. In the European version they were replaced by national teams, but the some playing modes are still reminiscent of the origin. The available modes are exhibition matches, tournament, league, cup and all-star (the teams are divided into two leagues and the overall winner is decided with play-offs). With the option "You're a Hero", the player can create a new athlete, change his stats with a few training lessons and swap it with an existing one. The player either controls the athlete who has the ball or, when in defense, the one who is nearest to it. The field is shown from a slightly angled side-perspective. During most modes, all teams can be taken over by human players, but only two can play at the same time.