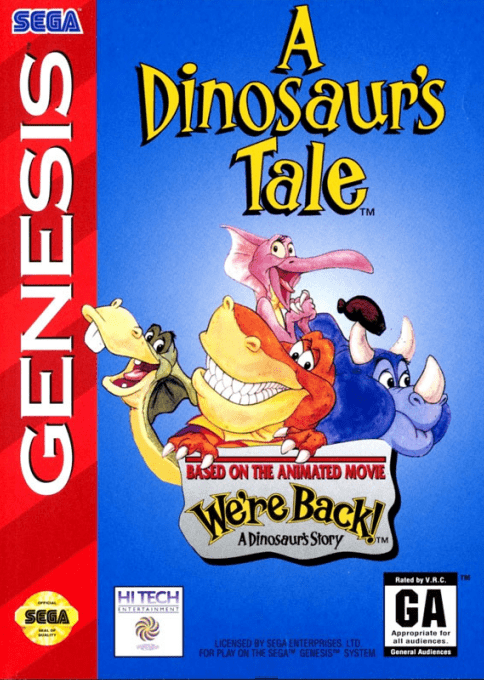 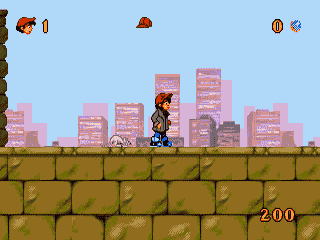 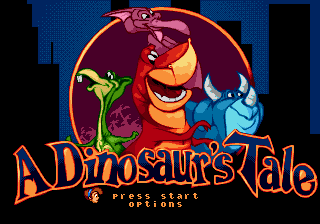 Play as characters from the Spielberg animated movie We're Back, based entirely on the preview trailer. Run and jump through a variety of levels and defeat Dr. Screweyes. Every second level is a side-scrolling platformer where you take the role of the human kids Cecilia or Louie and move through obstacles to get to the end of the level, These levels are set at various New York locations including a TV studio and a circus that wants to keep the dinosaurs as an exhibit. Every other level is a 3D level where you play one of the dinosaur characters, e.g. skateboarding on the back of a pickup truck as Rex or flying as Elsa over central park while collecting balloons. This is one of the earliest Genesis games with 3D gameplay