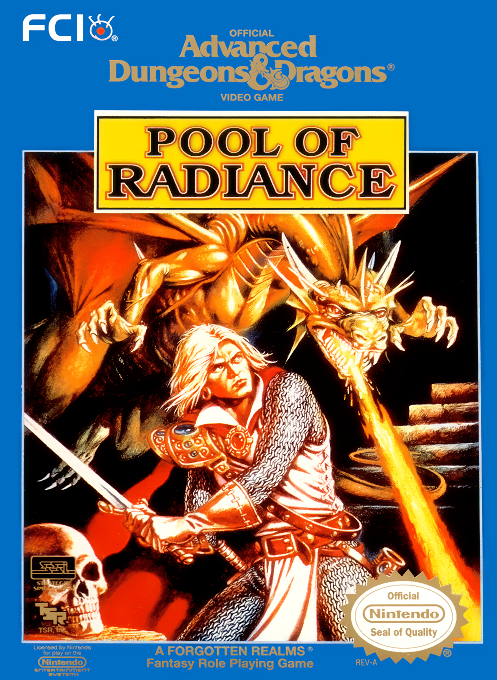 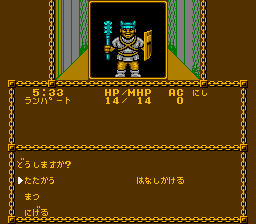 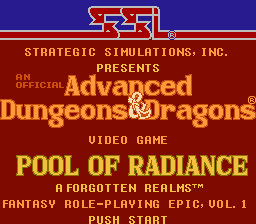 Located on the northern shore of the Moonsea in Forgotten Realms, Phlan was once a flourishing trade city. However, lately monsters began settling in it, gradually turning whole districts into ruins. Only New Phlan remained under human control, but its inhabitants are afraid to venture into the monster-infested areas. In order to clean the nearby Barren River and rebuild Phlan, local authorities spread rumors about alleged riches hidden somewhere in the city. A party of adventurers, attracted by these news, sails towards Phlan and accepts the quest. Pool of Radiance is the first adaptation of the Advanced Dungeons & Dragons role-playing system in a computer game format. In the beginning of the game the player can use a pre-made party of six characters or create each of them from scratch. Six races (human, elf, dwarf, gnome, halfling, and half-elf) and four classes (fighter, cleric, wizard, and thief) are available. The player can tweak the attributes of the characters and assign a moral alignment to each one. Exploration of the town and hostile areas (dungeons) is viewed from a first-person perspective in a pseudo-3D world. Enemy encounters are random and take place on separate isometric combat screens, where player-controlled party and enemies take turns fighting each other. Experience points are awarded for defeating enemies, and characters level up after having accumulated set amounts. Fighters gain more attacks, thieves become proficient in backstabbing, while clerics and wizards can memorize more spells to cast before they need to rest. Non-human characters can also "multi-class" (learn the abilities of another class) when leveling up. The NES version was substantially different from other versions. It removed references to the Adventure's Journal and some of the more complex features of the computer versions, like different currency units. Battles were significantly reduced in size, the graphics were overhauled and redesigned so that the game could be controlled with a control pad, and music was written for it. A randomly generated dungeon feature was also removed.