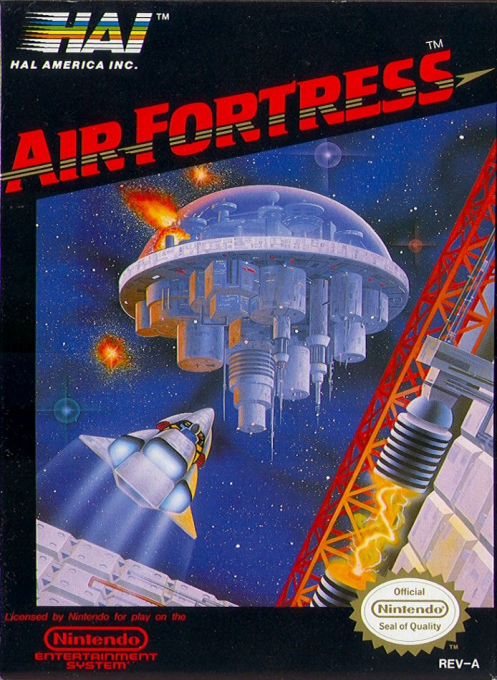 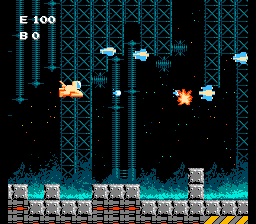 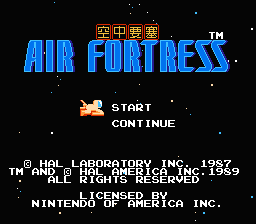 The Federation of Intergalactic Powers is under threat by gigantic fortress spaceships which have suddenly appeared and destroyed nearby civilization. When conventional defense tactics fail, the Federation looks to find a specially selected person, Hal Bailman and equip him with a special "Lightship". His mission will to be to fly through the defenses of the eight known Air Fortresses and dock at the airlock. Then he must travel through the fortress in only a spacesuit to find and destroy the central core. Once the central core is destroyed, Hal must then quickly find the emergency lightship and escape before the fortress explodes. The game is made up of two parts. The first part is a side-scrolling shooter on the surface of the air fortress where you must avoid various flying enemies and try to destroy as many waves as possible. This lasts until you dock with the airlock. Once docked, you walk the inside of the Air Fortress at your own pace. Hal is equipped with a jetpack rather than a jump as well as a blaster weapon and a more powerful bomb weapon. Any movement or firing you do consumes energy which is regenerated by standing still. Your goal is to blow up the core and find the escape ship before explosion. Power-ups to increase Energy or Bombs can be found in each part of the game. Additionally, Super-bombs (clear screen of enemies) and Invulnerability can be found while flying the lightship.