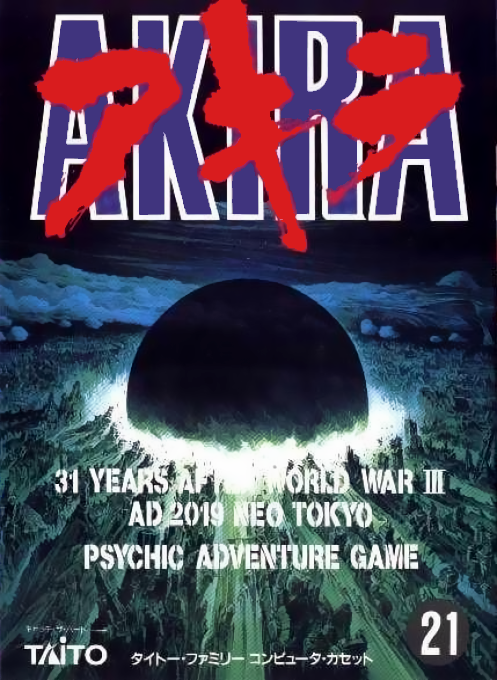 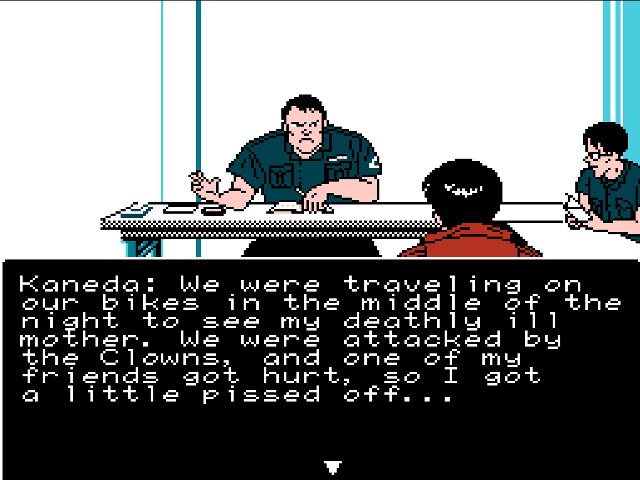 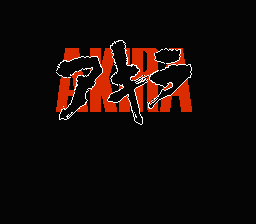 The game is based on the animé movie of the same name. The year is 2019, 31 years after World War III. The events of the game (and of the movie) take place in a futuristic city called New Tokyo, which is controlled by corrupted military and rival gangs. You control Kaneda, the leader of one of such guys, and the main character in the movie. Kaneda's childhood friend, Tetsuo, is injured during the highway chase, and taken by the military. While trying to free your friend, you find out a strange power is growing inside him... The game is a traditional Japanese adventure. Instead of a menu with set commands, you have different options on each screen. After watching a cutscene or scrolling through a dialogue, you have several options to choose from. In many situations, some options will lead to Kaneda's death or imprisonment, which is Game Over. There are no real puzzles or anything of the sort, but if you choose the "examine" option which is available on most screens, you can move the cursor around the screen and choose what exactly you want to examine.