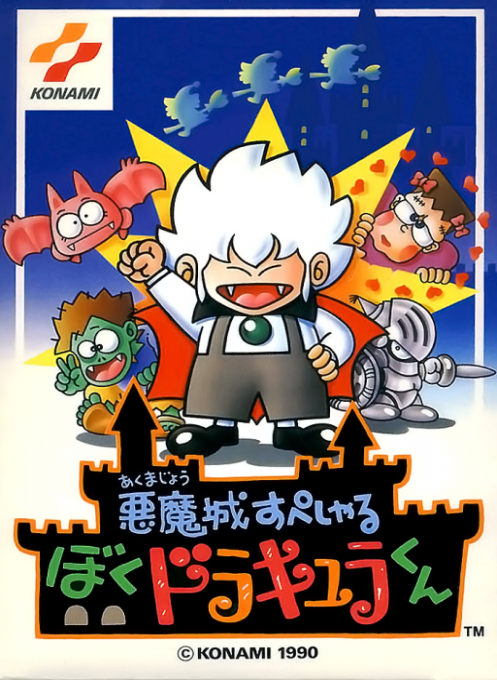 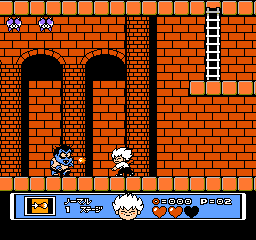 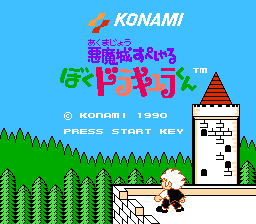 Kid Dracula is an unusual side-scroller from Konami. It's a parody of the company's popular Castlevania series. Instead of playing as a member of the Belmont family, you play as young Kid Dracula. You have been woken up from your sleep by the evil demon Garamos, who's been wrecking havoc in Dracula's Castle. It's up to you to stop him by traveling across several different locations, including Dracula's Castle, New York, the Sea, and Egypt! Gameplay consists of very standard jump and shoot platform action. As you progress through the 8 levels, you gain the ability to perform spells, such as turning into a bat, and different special attacks, such as a spread / homing attack. You can also spend the coins you get when you defeat enemies in one of several mini-games that show up when you're between levels.