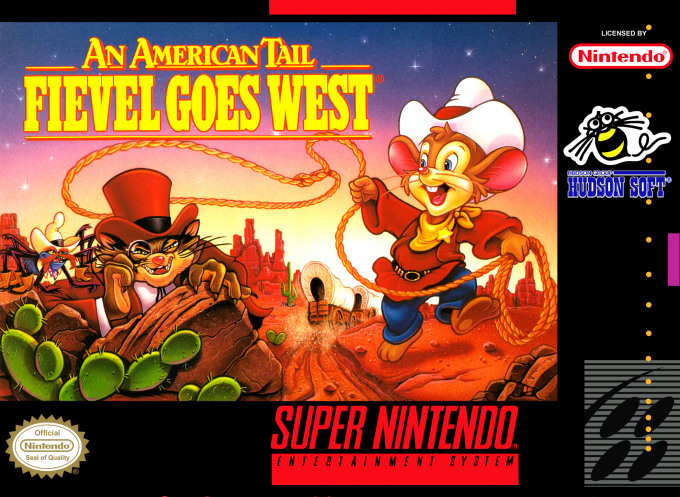 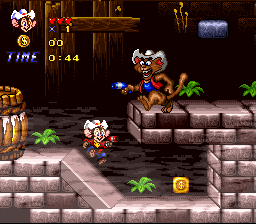 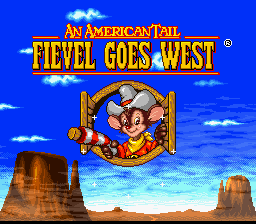 Based on the movie by the same name, Fievel Goes West is a platform game featuring the young mouse Fievel Mousekewitz. After immigrating to overseas to America in the 1800s(?), the Mousekewitz family has moved out onto the open frontier of the wild west. With dreams of being a cowboy, Fievel soon makes friends and plays on the dusty streets imagining himself a great gunslinger. But all is not well as the villainous Cat R. Waul and his gang of cats (as well as other creatures) has plans to turn this place into an all-you-can-eat mouse buffet. It's up to Fievel to get in the way of Cat's plans with the help of the canine sheriff, Wylie Burp and his non-mouse eating cat pal, Tiger Fievel Goes West is a platform game. Fievel can jump and fire a pop-gun as he ventures through each level, collecting coins. The pop-gun can be powered-up to fire more powerful projectiles. 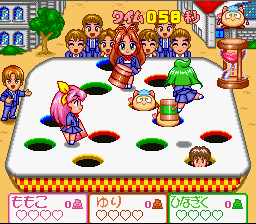 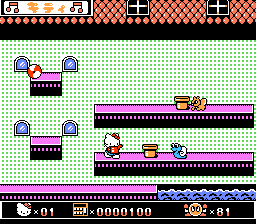