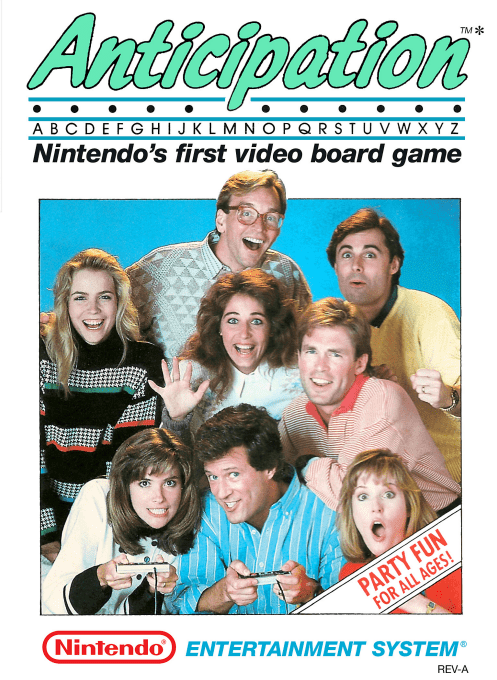 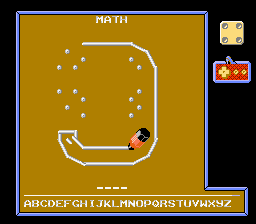 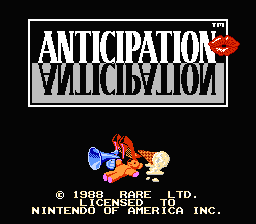 Anticipation is a video board game for one to four players (both computer and human). The object of the game is to be the first to collect a card for each of the four colors on the game board. During each turn the computer will display seemingly random dots, then a pencil starts connecting the dots to form a picture. The first player to correctly identify the picture will earn a card for the color of the picture being drawn. As the picture draws, a dice on the screen will count down from 6 to 1. Whatever value is showing when a player successfully identifies the picture is the number of spaces that players game piece will move on the game board for the next turn. The color of the space the game piece lands on will dictate the category for the next picture to be drawn. Each game will choose four categories from the various options, which include: tools, man made, clothing, food, math, office, travel, music, things, natural, leisure, and many others. After you've mastered the easier skill levels, the difficulty can be increased which will present more complicated pictures, remove some of the dots from the picture, or eliminate the dots entirely. 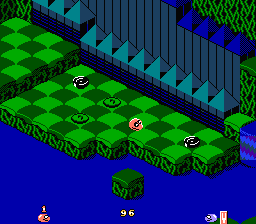 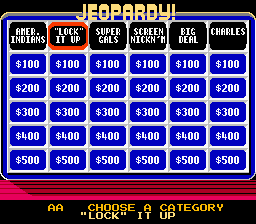 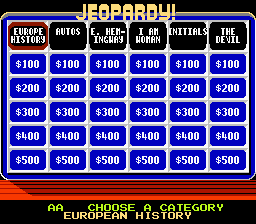 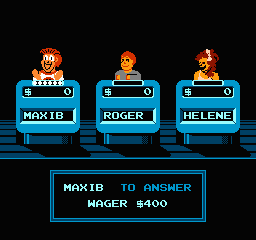