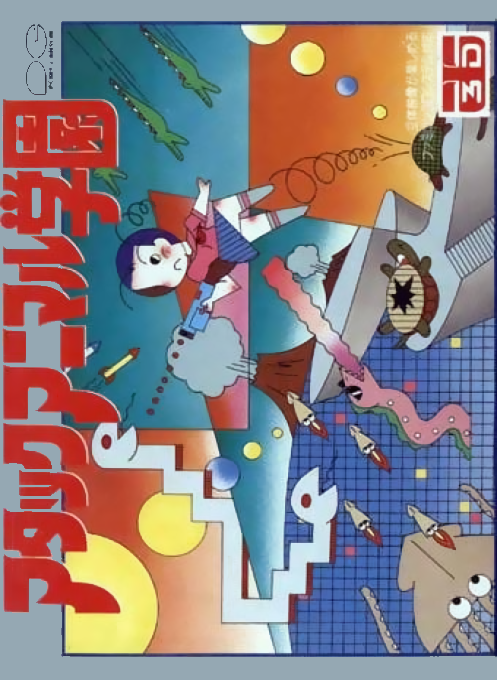 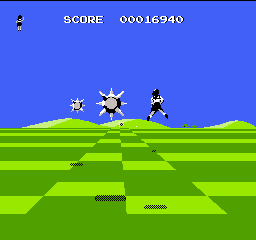 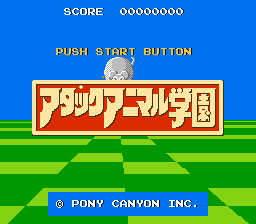 Attack Animal School is more than a little inspired by Sega's popular Space Harrier, but with a cuter setting. As in its role model, you fly towards the screen or run on the ground, rendered in a checkered 3D field. The hero has been replaced with a uniform-clad schoolgirl, who must shoot down enemies which come flying, jumping or crawling towards her. The enemies are no longer spaceships, asteroids or dragons. Instead, they are various cute and furry animals, such as kangaroos, cacti with sweatbands, turtles and flies. The end-of-level dragons are also decidedly cuter, with the first level boss being a fluffy koala. Attack Animal Gakuen is one of few Famicom games to support the 3D glasses (like Space Harrier 3D for the Master System), though it is perfectly playable without glasses.