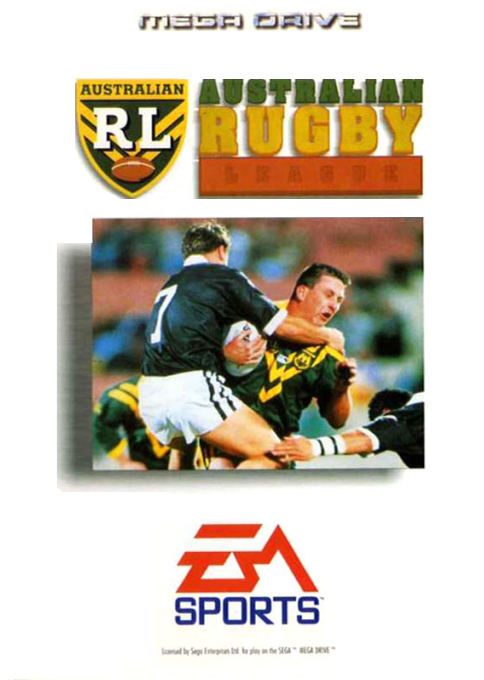 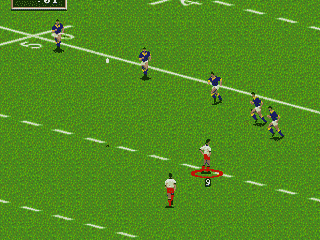 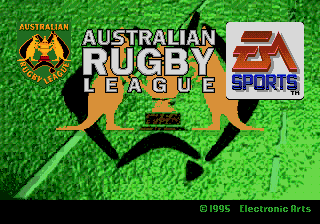 Australian Rugby League is the "sequel" of some sorts of Rugby World Cup 95, but focusing on Rugby League rather than Union. In addition to the 20-team league that names the game and the State of Origin, a competition between two selections of players from New South Wales and Queensland, an European League (composed by twelve teams) and international playoffs (eight) are also available. It is possible to play friendlies, or jump straight to the club competition playoffs. Gameplay is simple, and focus on quick passing and running rather than kicking to gain distance. The A button controls kicks the ball (tackles in defense), B passes (or changes players) and C rushes and breaks tackles. There are a few additional tricks, such as pressing A+B to perform a short, lobbed kick or A+C to clear the ball from the defense. Kicking from a dead ball situation uses a three-click method. The first sets the bar in motion, the second the strength, and the third the accuracy. The stronger the shot, the less accurate it will be, and the initial position of the kicker also affects the direction of the ball. Each button represents a different ball height, from A (which is the lowest) to C (highest). Weather also affects how the game is played, as high temperatures with hard grounds make longer games tougher on the players (slowing them down) and cold, wet weather makes passing the ball more difficult.