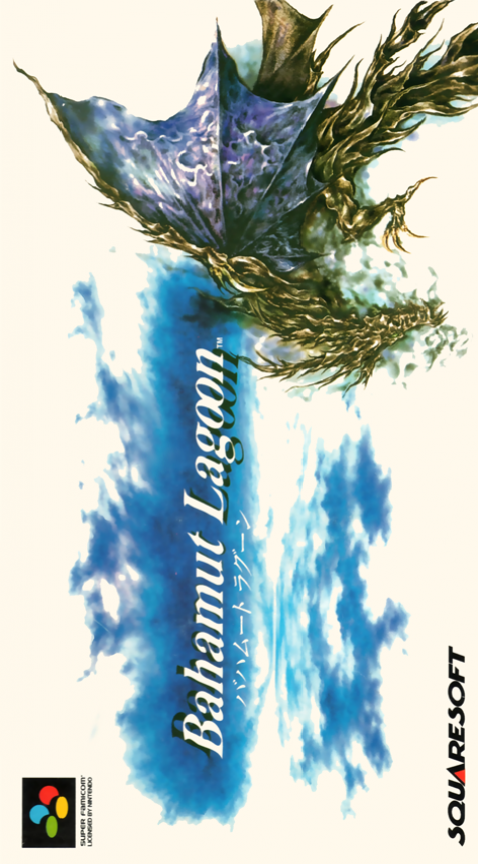 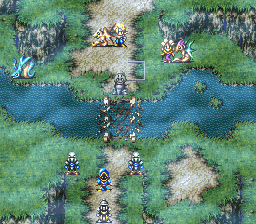 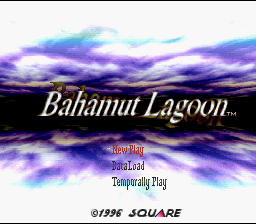 The kingdom of Kahna is in great danger. The evil Emperor Sauzer, obsessed by his world domination ideas, is preparing to invade the kingdom. The king sends his best troops of knights and wizards to face the enemy, but in vain - the kingdom is conquered by Sauzer, the king is murdered, and his lovely daughter is kidnapped. You were brave, Leader of the Dragon Squad, but now you will have to become strong. Remember the promise you gave the princess long time ago: always to be at her side. Supported by his friends and by his faithful dragons, you must now free the princess and the kingdom from the enemy's hands. If only the strongest of the dragons, Bahamut, could be awakened... Bahamut Lagoon, created by the company which gave us the Final Fantasy games, is a mixture of turn-based strategy and RPG. Control several parties of four characters each, and command different dragons at once. The battles start on a top-down screen typical for strategy games, but often switch to a dynamic "platform" view, such as used in early console RPGs. You also can influence the game by other strategic activities, such as, for example, setting a whole forest on fire, to prevent enemies to come through it.