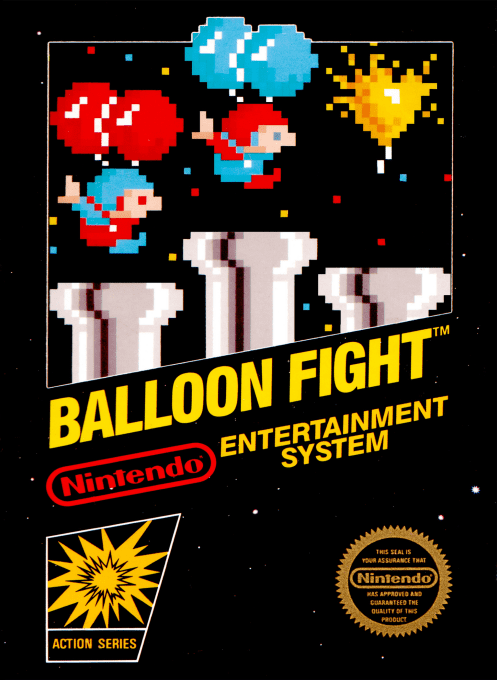 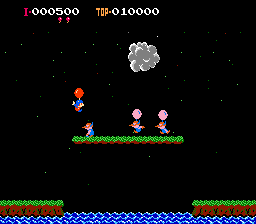 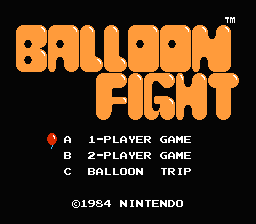 In Balloon Fight you need to fly around with the aid of two balloons and try to pop your opponents balloons before they pop yours. Landing on top of your opponents will cause their balloon to pop and they will use a parachute to fall to safety. You then need to destroy the fallen opponent by running into it before it can blow up a new balloon and rejoin the battle. Should both of your balloons get popped, you will fall into the water below and lose a life. There is also a second game variation called "balloon trip" where you need to collect as many balloons as possible while avoiding the ocean below and lightning which forms maze like walls.