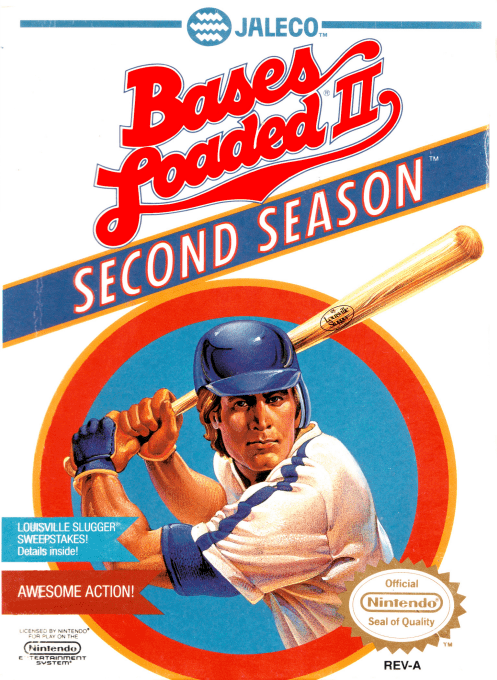 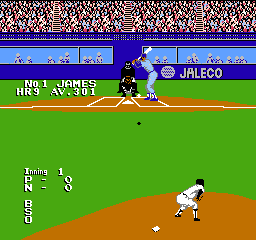 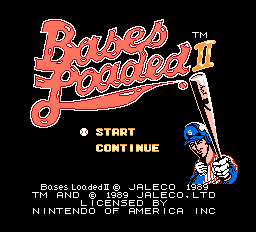 In this version of Bases Loaded you coach your team through a 130-game season in either an Eastern or western division of a professional baseball league. Win the pennant and you're off to the World Series! You can also play head-to-head with a friend. Choose from six teams in each division. Once you take your place in the dugout you're the manager, juggling your own lineup and battling order. You'll also have to somewhat of a psychologists as you learn to interpret the Player Performance Ratings. This unique feature of Bases Loaded II rates each player in three categories: physical, sensitivity, and intellectual. Each rating is like a biorhythm, going up and down, just like in real life. The Player Performance Ratings simulate what players really go through - streaks and slumps. Bases Loaded II also features similar realistic on-field action that was present in the first game of the series.