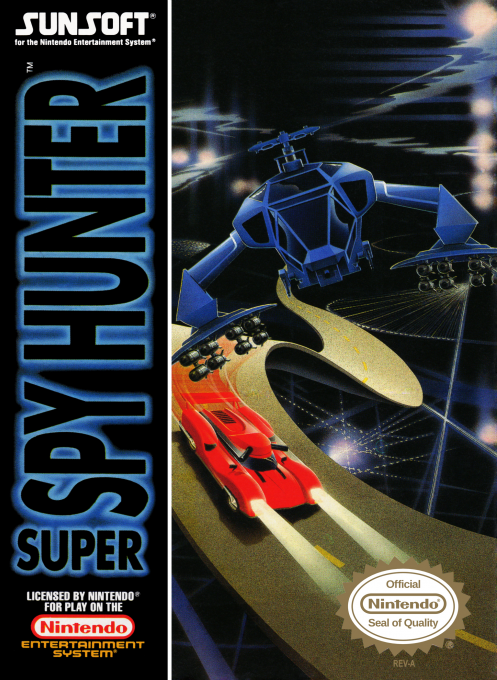 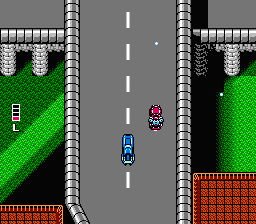 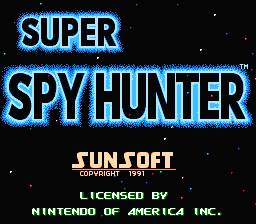 In the year 2525, things are a mess. politically. Terrorists led by someone named "X" want to attack the United Nations. The CIA is in charge of discouraging the attacks. To that end, and since all of their best agents have failed the task, they send out an unofficial agent -- you, the Super Spy Hunter. The Super Spy Hunter has a super spy car. It's actually a well-armed car that can turn into a boat or a plane at opportune times. The action is fast vertical scrolling as the vehicle faces all manner of powerful vehicle threats from a well-funded terrorist enemy -- cars, trucks, helicopters, etc. Luckily, there are many powerups to collect along the way, both defensive and offensive.