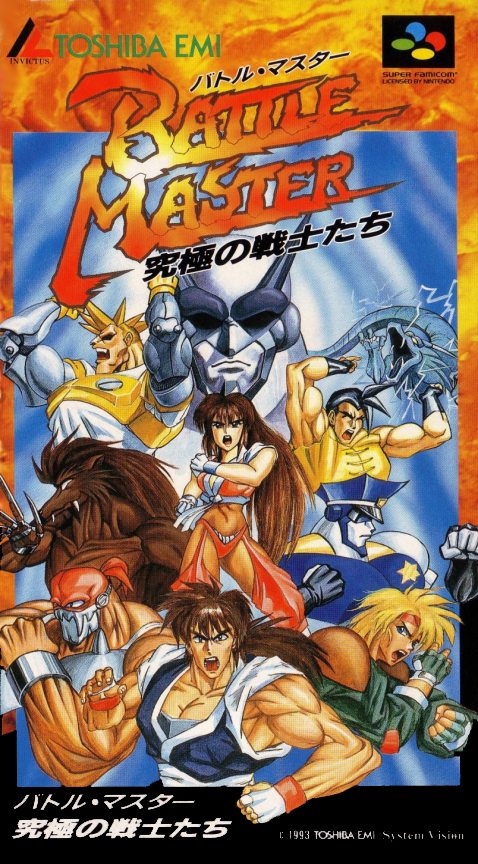 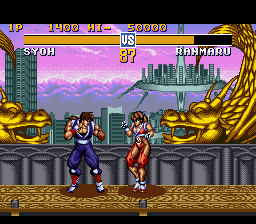 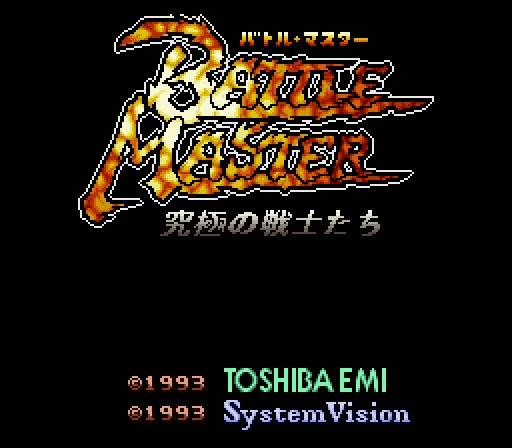 Battle Master: Kyuukyoku no Senshitachi ("Battle Master: Ultimate Warrior") is a sci-fi themed one-on-one fighter game exclusively for the Super Famicom. It was developed by System Vision, which previously worked on the SNES fighter Deadly Moves.The player can select between seven characters and play through a single-player mode with each, meeting different opponents and fighting a boss character at the end. There's also a Versus mode that allows two human players to compete with fighters of their choice.FightersSyoh - The standard main character. A well-rounded martial artist from Japan. Unsurprisingly, he fights like Street Fighter II's Ryu.Body - A robot that works as a policeman on a space colony. His limbs are detachable, and can fly off and attack enemies.Altia - A female air force officer with strong kicks. Very similar to Guile, only gender-swapped.Chan - A Chinese martial artist who prioritizes speed over strength.Ranmaru - A female Japanese martial artist who resembles Fatal Fury's Mai Shiranui. Another fast fighter who leaves little room for her opponents to recover.Wolvan - A lycanthrope warrior from Transylvania. Strong and faster than he looks.Jian - A fierce pirate warrior with a metal jaw. Formidable but slow.Watts - A large wrestler with spiky hair and a distinctive yellow and white costume.Zero - The game's boss and normally unplayable. An alien warrior from beyond the stars, and resembles DBZ's Cell to some extent.