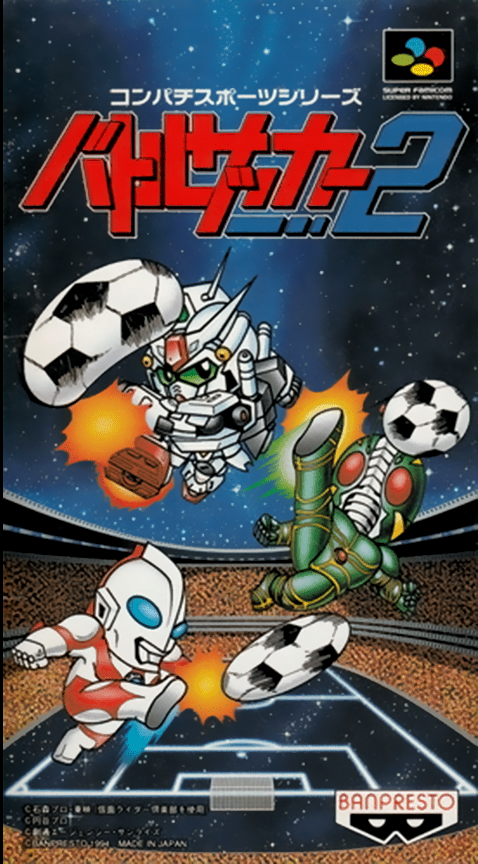 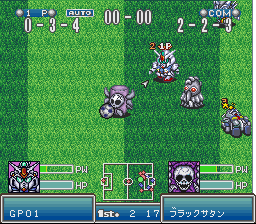 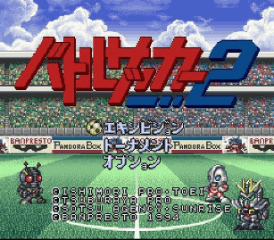 Battle Soccer 2 is a Compati Hero Series soccer game for the Super Famicom and the sequel to 1992's Battle Soccer. It once again pits soccer teams of superheroes and villains from the universes of Gundam, Kamen Rider and Ultraman against each other in an SD format that standardizes everyone's heights.Matches are played with a horizontal perspective of the pitch and the various characters have specific strengths and weaknesses, as well as special abilities. The teams are sorted into three leagues: USER, A League and B League. There is also an all-stars team available in the versus mode as well as a special hidden team comprised of sheep.Like all games in the Compati Hero Series, the game was never localized into English.