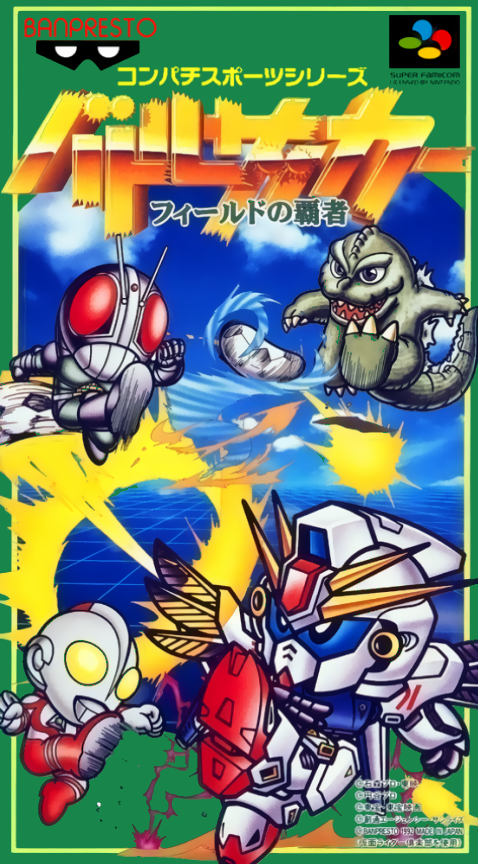 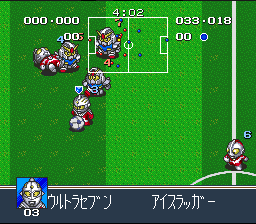 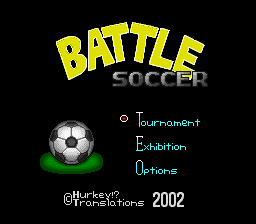 Battle Soccer: Field no Hasha ("Champions of the Field") is a soccer game from Pandora Box and Banpresto that is part of the Compati Hero Series of crossover games. It features characters from the Gundam, Kamen Rider and Ultraman franchises, as with previous Compati Hero games, but also includes characters from Toho's Godzilla universe such as King Ghidorah, Rodan and Godzilla himself.The game uses a horizontal view of the pitch, with the two teams on either side. Depending on the character and their original series, each player has a special ability which increases their effectiveness on the pitch in some way. The game was followed up with Battle Soccer 2.