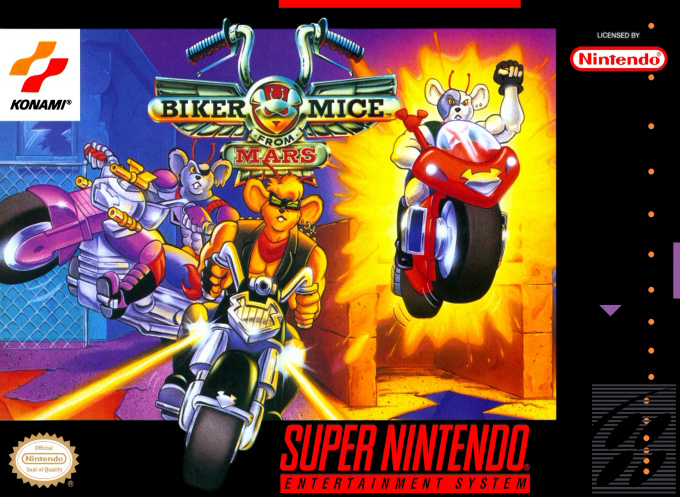 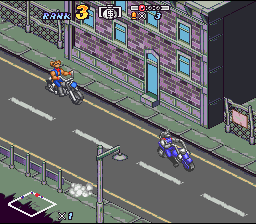 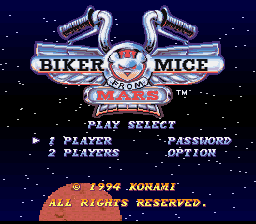 Based on the cartoon of the same name, Biker Mice From Mars is a racing game very similar to Rock 'n Roll Racing. Races are shown from an isometric perspective and you can choose between six different drivers that differ in acceleration, top speed and grip. During the races, you can use weapons such as mines or missiles to slow down your opponents and pick up random bonuses ranging from money to making you temporarily invincible. After each race, you will receive money that can be spent on better tires, armor, engines or weapons. There's also a two-player mode that lets you play the main race with a friend or compete in a one on one race.