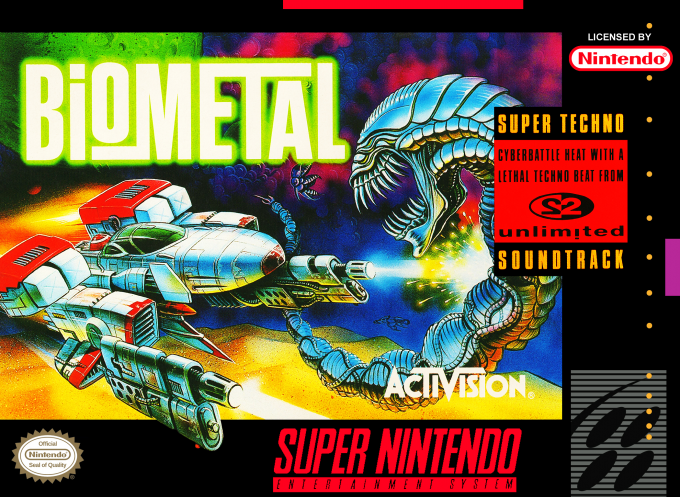 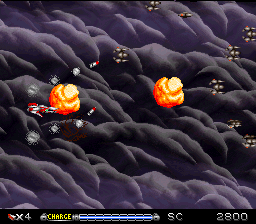 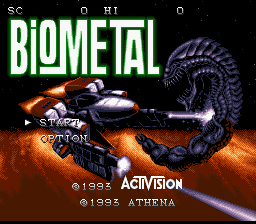 BioMetal is a side-scrolling shooter game. Their are two pairs, one for lasers and the other for missiles, of three upgrades for your weapons. The war that divided the galaxy and used all it's resources has ended. A fleet was sent on a mission to find more natural resources. They never returned. Their last transmission reveals that the enemy' created one last experiment. This experiment is a combination of the aggressive nature of animals combined with the efficiency of machines. These creatures were named BioMetal. The MF-92GX Halbard mothership has been assigned to destroy the threat before they can not be stopped. You are piloting the MF-92GX Halbard fighter that is equipped with the experimental Gel Analog Mutant weapon. The Gel is charged up on the ship and can be used to surround the ship as a protective shield or be thrown at the enemy forces.