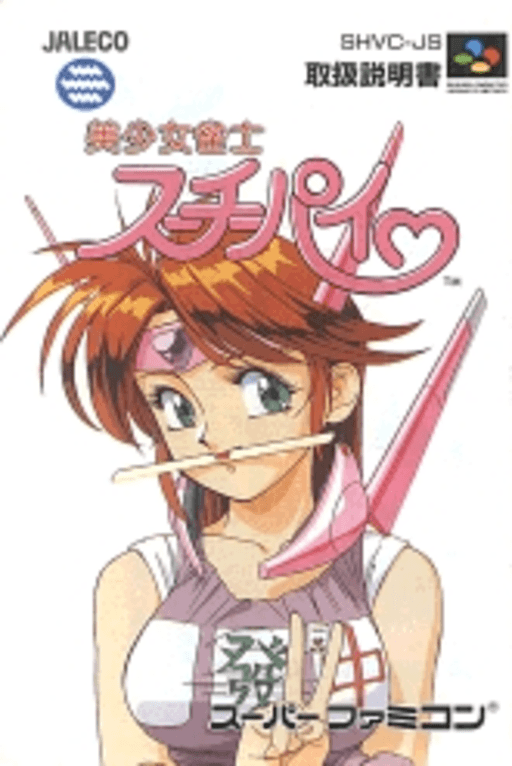 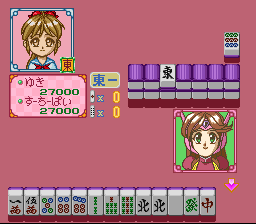 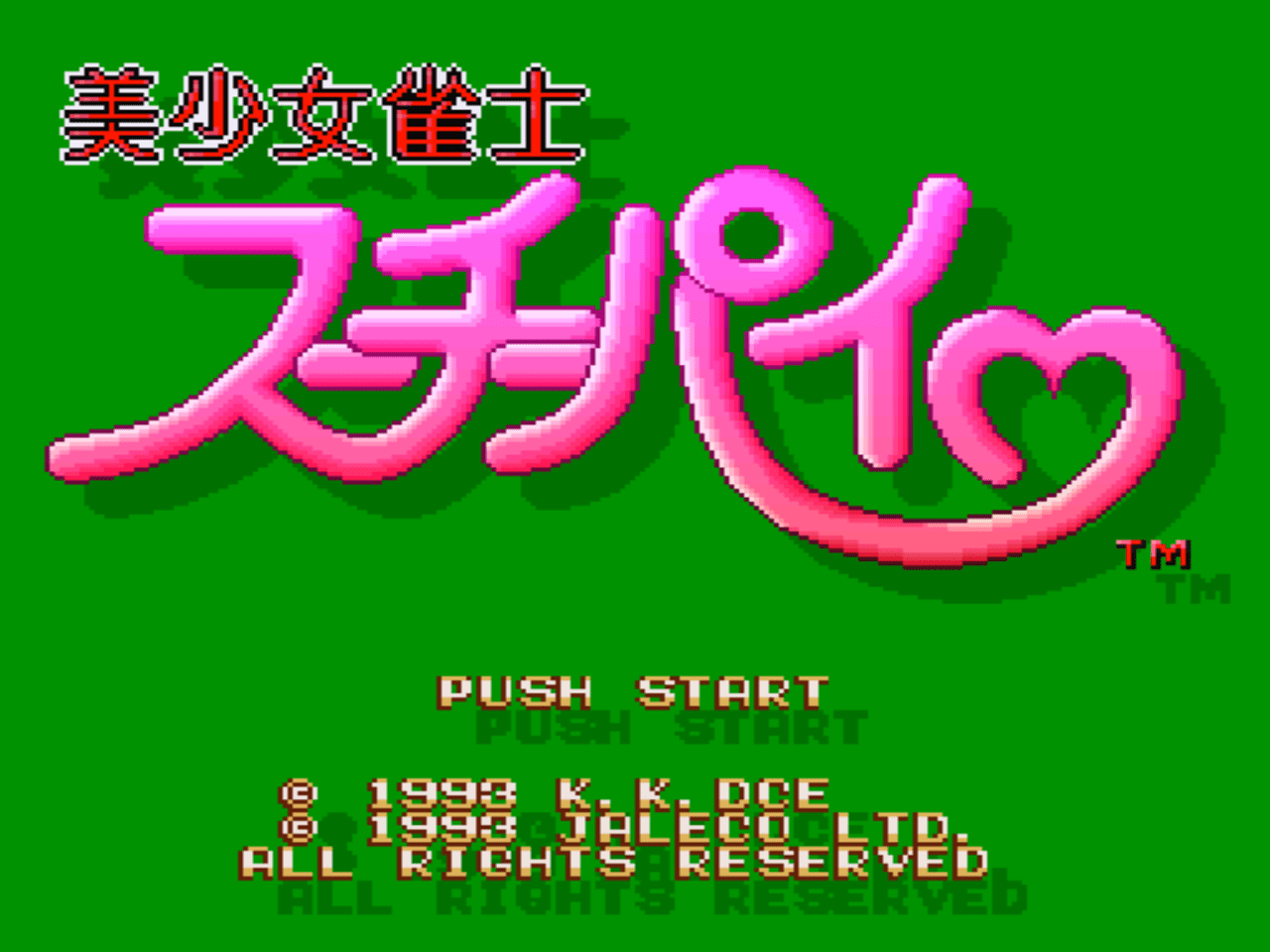 Bishoujo Janshi Suchie-Pai ("Pretty Fighter Suchie-Pai") is the first game in what would later be referred to as the Idol Janshi Suchie-Pai series. It's a mahjong game that uses comedy and attractive women to stand out among its more serious peers. The player, as the transforming warrior Suchie-Pai, can move around a world map to challenge various other female characters at mahjong in any order.The characters were designed by Kenichi Sonoda, a famous animator and manga artist best known for the anime and manga Gunsmith Cats, who also worked on Bubblegum Crisis and Gall Force.