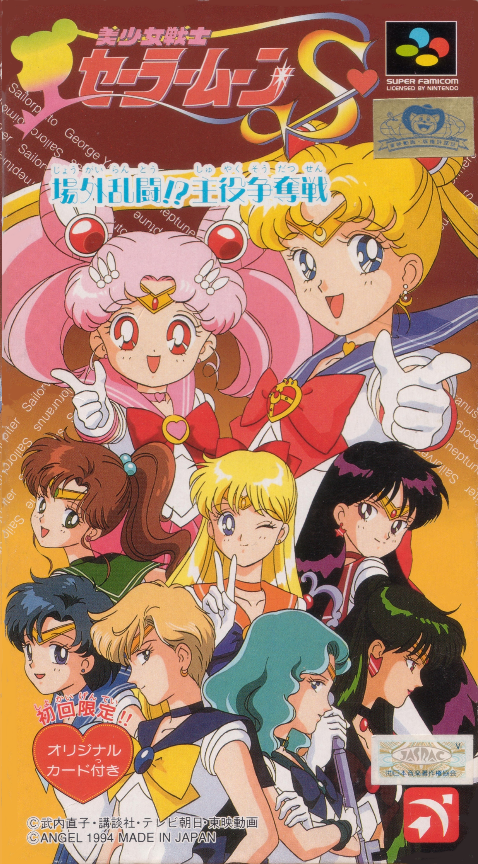 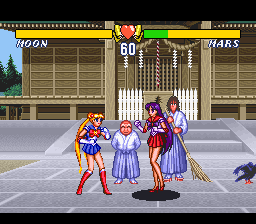 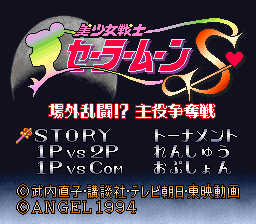 The game is based on the animé series Sailor Moon. The heroine of the series is Tsukino Usagi, a 14-year-old schoolgirl. She meets a talking cat named Luna, who tells her she is in fact the powerful fighter Sailor Moon who can save the Moon Kingdom from an assault of the forces of darkness. Later, other Sailor fighters join Usagi on her quest. This is a fighting game in which you can play as Usagi or any of her Sailor companions (named after planets). The girls fight against each other, using punches, kicks, and special attacks. There is also a tournament mode and a two-player mode.