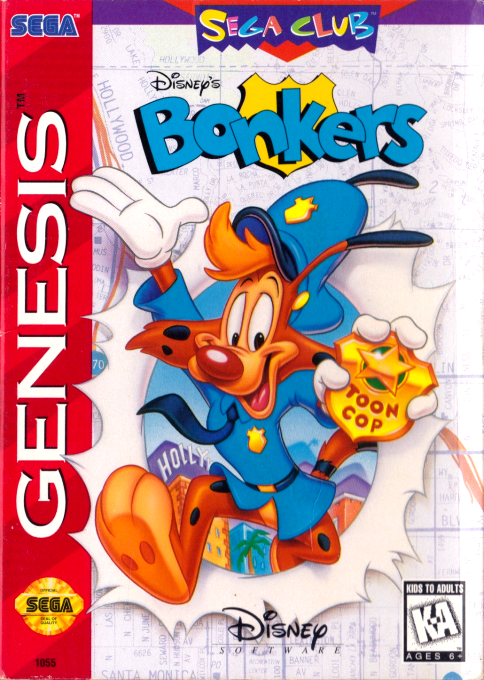 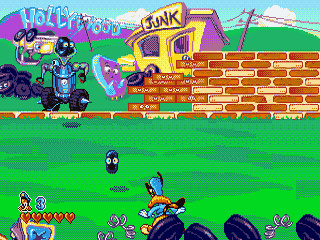 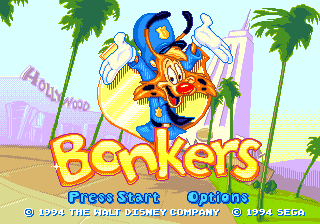 The game is based on the Disney TV series of the same name. Bonkers is a bob-cat police officer. One day, he reads in a newspaper that a contest for the best policeman is announced. Since his partner is away, Bonkers decides that would be the best opportunity to grab the first prize. In order to win the contest, Bonkers has to catch four famous criminals. Catching each one of the criminals is a separate mini-game. The first one involves you running horizontally in a museum room and throwing doughnuts at thieves who are trying to steal valuable things. In the second one, you try to lock a criminal in a yard by quickly building a brick wall around him. In the third one, you must find clothes hidden in crates before a bomb explodes. Finally, the fourth and last game involves you driving a car from top-down view, chasing a criminal. Each mini-game also features a unique bonus game, which you get when you successfully complete three games with gradually advancing difficulty in a row.