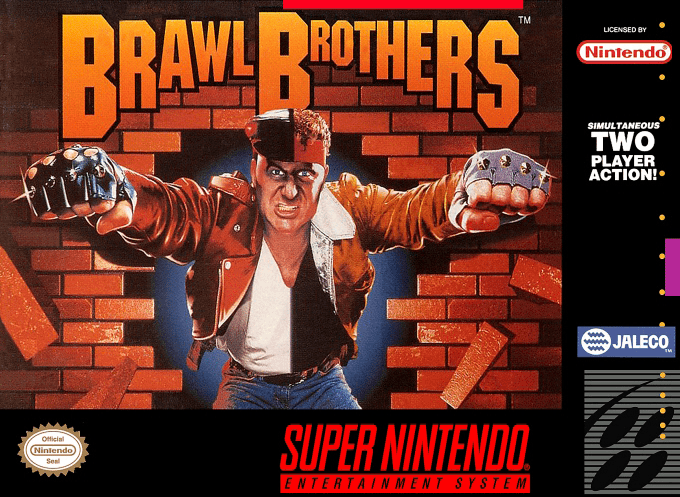 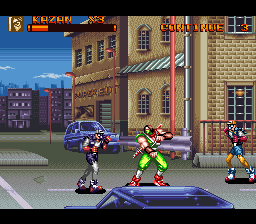 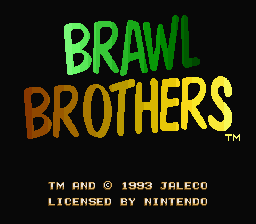 The Brawl Brothers are two guys, not actually brothers, named Rick and Doug (or, Hack and Slash, respectively) who run a self-defense gym in Bayside City. Three of the gym's best fighters are also characters in this game: there is Lord J., a karate and judo master; Kazan, a ninja; and Wendy, a pro wrestler. You choose which two characters you want to control, and Dieter, the psycho bad guy who's got his secret Air Fortress outside the city, kidnaps the other three. Dieter wants these fighters so he can clone them and develop his own army for evil purposes, and it is up to whatever two characters you choose to fight your way through these clones to reach Dieter.