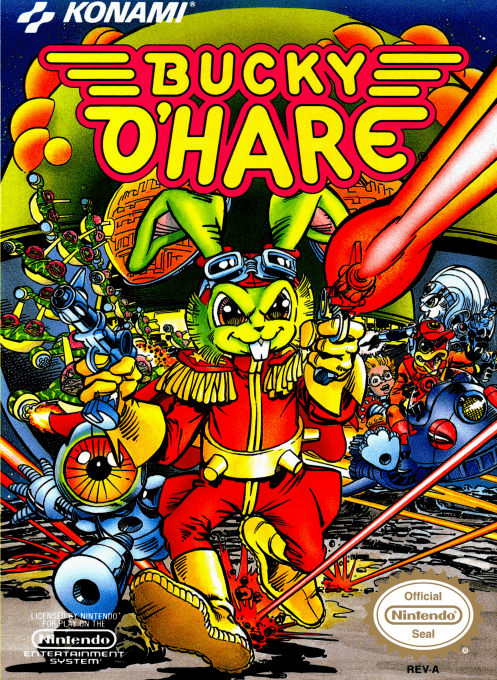 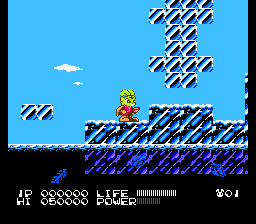 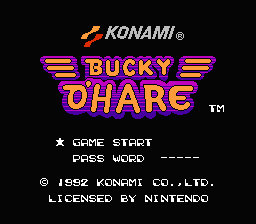 Captain Bucky O'Hare and his loyal crew; Blinky, Deadeye, Jenny and Willy, fight to save the Aniverse from the scourge of the Toad Armada. That is until Bucky's ship is attacked and his crew taken prisoner. Now a lone bunny on a mission, Bucky must fight to rescue his comrades from four hostile planets and then confront the Air Marshall on his flagship. Buck O'Hare is a side-scroller game based off of the cartoon of the same name. Bucky's main abilities are a jump and a blaster weapon, which he can charge up to make an even more powerful jump. Life and Weapon bars are displayed at the bottom of the screen. Bucky can obtain new weapons throughout the game from his crew members.