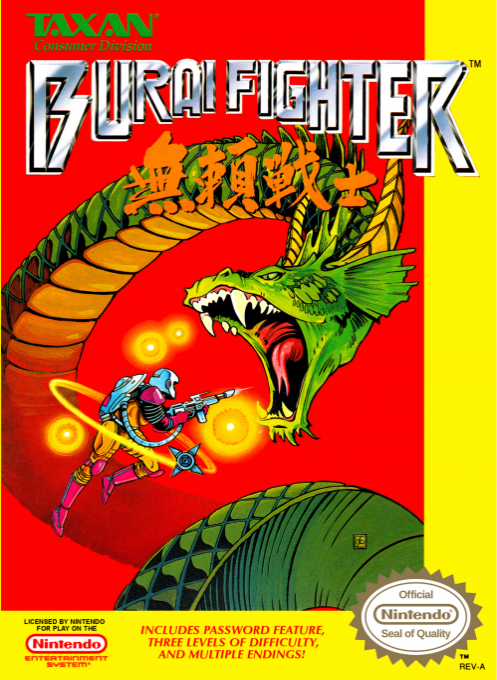 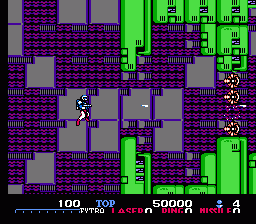 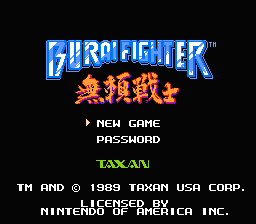 The Burai, a race of evil super-brain aliens, have launched their plan to conquer the universe with their army of half-organic, half-robot creatures -- the robo-mutants. It's up to you to stop them! Strap on your jet pack, and get ready to become the ultimate Burai Fighter. Burai Fighter is an arcade shooter with two modes of play. Most levels are side- and vertical-scrolling with pre-designed layouts. A few levels are different, though: top-down perspective, with a randomized layout. Either way, you'll be armed with a variety of weapons, including different guns (laser, missile, ring) and the powerful cobalt bomb which kills everything onscreen. Burai Fighter uses a slightly different gameplay mechanic when compared to other shooters. You can shoot in 8 directions, and when you hold down the fire button you keep shooting in that direction. 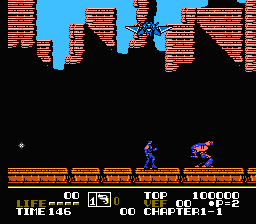 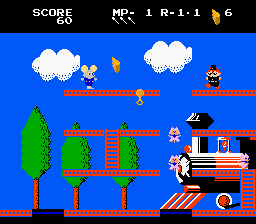 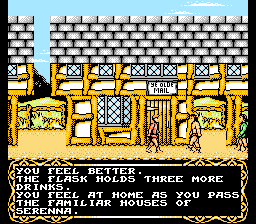