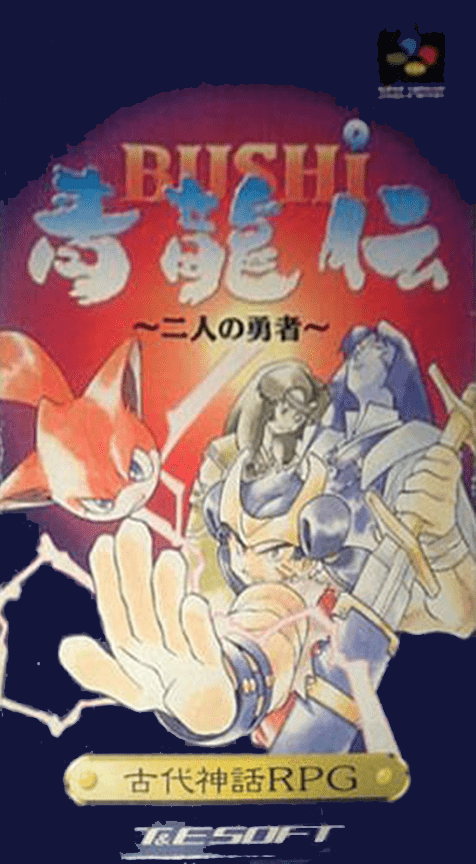 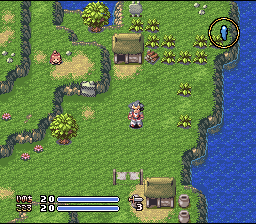 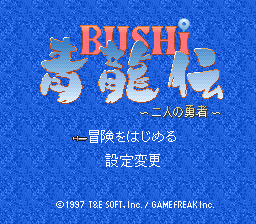 The game is set in a fantasy world that resembles the feudal Japan. Long time ago, the first deity, the Emperor of Light, created two gods - from the darkness, the Ocean God, and from the glittering moon, the Mountain Goddess - and sent them to build a world out of the chaos. The Ocean God poured rain over the chaos and created seas and oceans; the Mountain Goddess created the Earth. But the Ocean God became evil. He built a huge tower, which connected Earth and Heaven, and thus the world of men and the world of gods became merged, and the path for demons to invade the Earth was open... Somewhere on an island called Mamoshima, there lives a young warrior apprentice called Jin. One day he goes to the nearby village, but when he returns, he finds his house has been burnt down by demons, and his sister kidnapped. Remembering the tale of the Ocean God his sister told him when he was a child, Jin realizes he has to find a way to the tower of the Ocean God in order to free his sister. Together with Wokuu, a cute little creature who was human once and wishes to regain her true form, Jin begins the journey... Bushi Seiryuden is a RPG with an unusual combat system. Whenever you encounter a monster, the standard top-down perspective switches to a platform, on which you and your enemies attack each other. The battles are in real-time, but are divided into turns (calculated by the number of moves you make). before each battle, a number appears on screen which indicates the maximum number of turns you should use to finish the battle. If you manage to stay below the maximum, you'll receive special energy units called Magatama. Depending on the amount of magatama you collect during the game, some scenes will change, and the endings will be different.