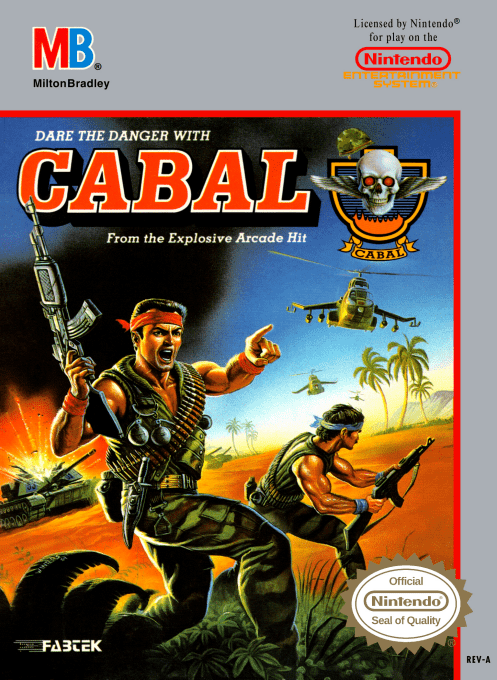 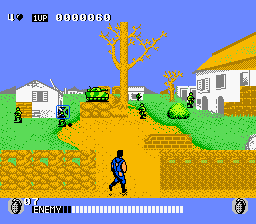 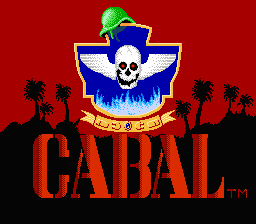 Originating in the arcades, Cabal is a shooter where the protagonist runs back and forth along the bottom of the screen, ducking and dodging bullets and grenades from the enemy. The roll maneuver from the arcade was not implemented in the PC version. The player returns fire by moving a target around the screen which also moves the player character and may expose him to enemy fire. The enemies throughout the five levels come thick and fast and there are many of them. They include normal foot soldiers, tanks, helicopters and end of level bosses such as submarines and war machines. Just about everything on the screen can be blown up or shot. There are bonus points to be picked up for destroying buildings and weapons to be picked up from the enemy, such as machine guns and shotguns. Two-player mode is available.