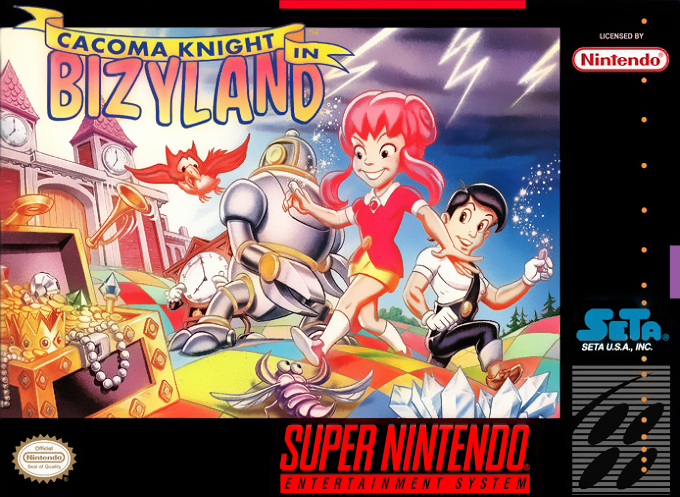 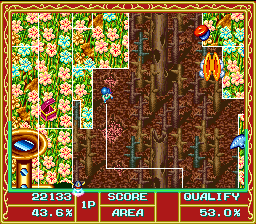 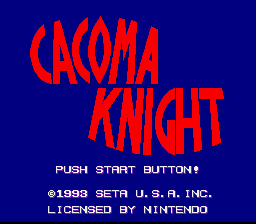 The people of Bizyland were hard-working and prosperous. However, Wagamama, the queen of Lasyland was jealous and used the power of her magic mirror. The spell that was cast would switch the realms of Bizyland and Lasyland around. The only people left unaffected by the spell were those who were not hard-working: notably the king of Bizyland as well as two children and a robot who were playing that day. Using the king's magic chalk, they must travel over Lasyland and restore enough of a percentage of each area so as to break the spell over each region. Cacoma Knight is a puzzle-painting game. Choosing one of the three characters, the player will begin each level only able to move around the edges. The player can start using the chalk to move away from the edges and draw a line over the darkened area and reach another edge. Once a section (always the smaller) is "chalked off" from the rest, it will be restored. Any treasure chests revealed will be opened for points bonuses. Different enemies will walk along the chalk lines or fly in between them. They can be destroyed by being in a section of the screen when it is restored.