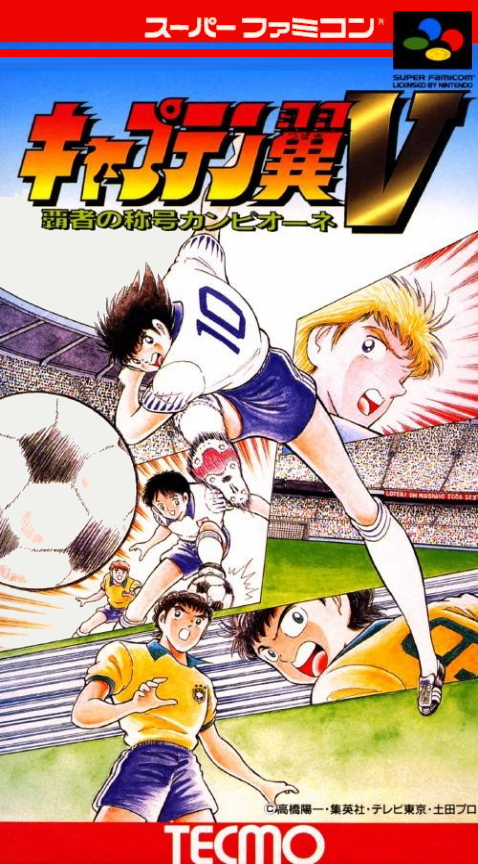 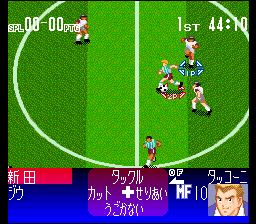 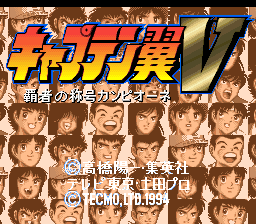 Captain Tsubasa V: Hasha no Shougou Campione ("Captain Tsubasa V: Campione Champion Titleholder") is a soccer game based on the anime Captain Tsubasa that utilizes a turn-based system for tackles, passes and kicks. It is the fifth such game developed by Tecmo, as well as the last.Unlike its four predecessors, Captain Tsubasa V adopts a new gameplay format with a classic view of the pitch. Various characters were based on real-life footballers of the time. Some examples are Peter Schmeichel, Ruud Gullit, Dennis Bergkamp, Gabriel Batistuta and Marco Van Basten.The Story mode is divided into three major parts: Tsubasa's adventure in the Italian football league, the international campaign with Japan's national football team, and finally Japan in the World Tournament. In addition, there are other playable mini-stories with other original characters from the anime/manga.