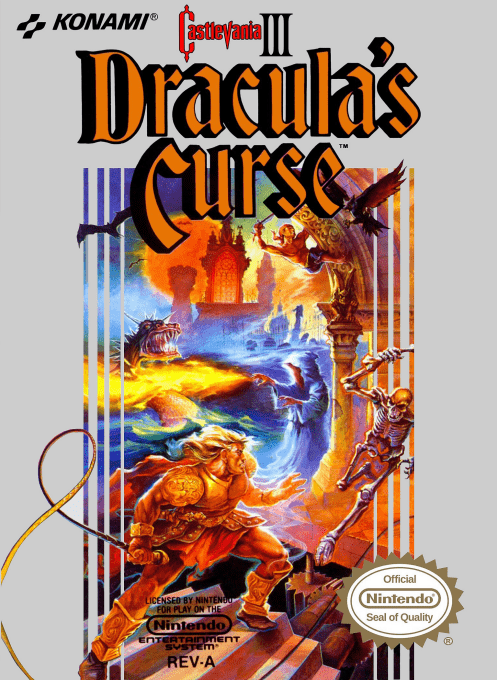 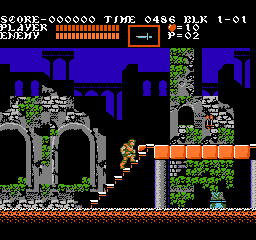 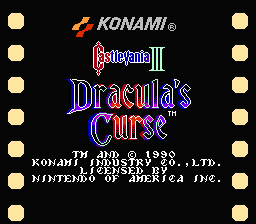 Taking place 100 years before the events of Castlevania 1 and Castlevania 2, Dracula the Vampire has risen up to threaten the small village of Warakiya. Citizens who had banished the Belmont family now beg for Trevor Belmont's help in slaying Dracula. In his strange castle, Dracula has been assembling a massive army of undead creatures to sweep the Earth clean of life and bring everlasting darkness. Trevor agrees to help and equips his family's hereditary whip, the "Vampire Slayer", in order to destroy Dracula. Castlevania III: Dracula's Curse is a side-scrolling platform game. The gameplay is nearly identical to the first Castlevania game. The player takes the role of Trevor Belmont who is able to move left and right, jump, attack with his whip straight ahead and use a special weapon. These special weapons consume hearts, which can be found by defeating monsters or destroying candles. Power-ups include: a throwing dagger, a throwing axe, A time-stopping stopwatch, a cross-shaped boomerang and a vial of holy water. Additionally there is a double shot (II) and triple shot (III) power-up which increases the number of special weapons that can be used at one time. Trevor is defeated if his life meter runs out, and can find a roast turkey power-up to replenish it. Trevor progresses through each level defeating monsters and eventually encountering a boss creature. At different points in the game the player will be able to chose between different paths, which will determine which levels are played. At the end of certain levels, the player may encounter a companion which can be recruited. Only one companion can accompany Trevor at any time; accepting a new companion means rejecting the existing one. Once recruited, Trevor can change between his own form and that of the companion. Each companion has an independent life meter and has unique abilities such as powerful magic, the ability to climb walls or flight. These abilities may also affect the types of power-ups that appear in candles and the exact function of special weapons.