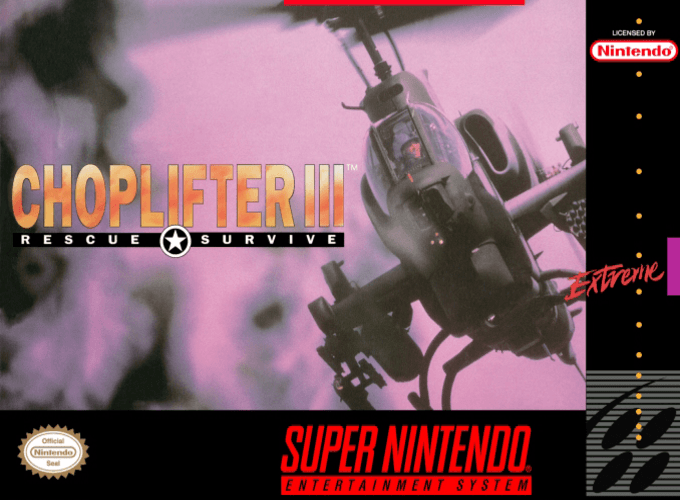 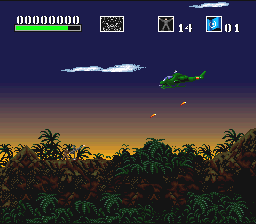 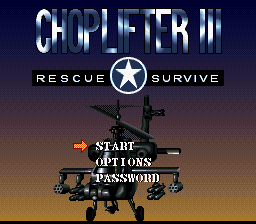 Choplifter III for the SNES features entirely different levels from the Game Gear and GameBoy versions, and plays slightly different than other Choplifter games. While the controls and basic gameplay haven't changed significantly, and the main goal of each level is still rescuing a certain number of hostages, Choplifter III is faster and more action-oriented than earlier Choplifter games. Enemies appear in larger variety and numbers now. They reappear more often and some levels feature fights against large bosses. To compensate for this, there are more power-ups (such as missiles, bombs, invisibility, etc.) available, and it is possible to have the helicopter repaired at certain points in a level.