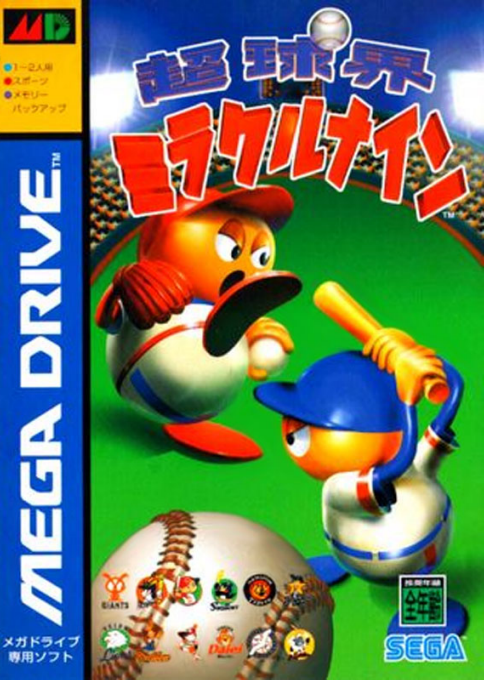 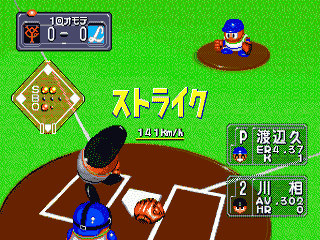 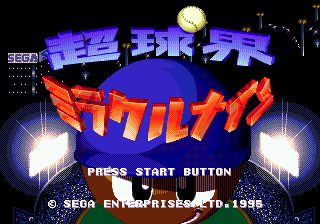 Chokyukai Miracle Nine is a fast-paced arcade-style baseball game similar to Konami's Power Pro series. The game has a cartoonish superdeformed visual style much like Konami's title, and also features an official NPB license, meaning it includes all 12 Central and Pacific League teams and full player rosters from the 1995 season. The game offers a full-season "Pennant" mode, as well as All-Star and Exhibition matches for one or two players. You can also opt to watch the computer control both teams. The game also allows for simplified play per player, as well as shorter games with as few as three innings.