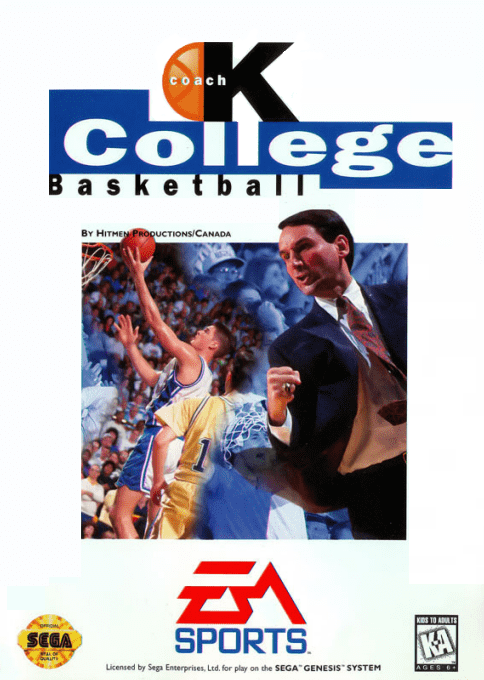 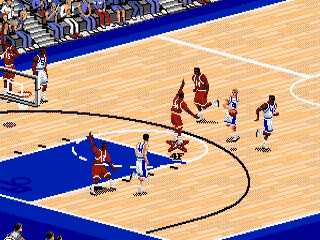 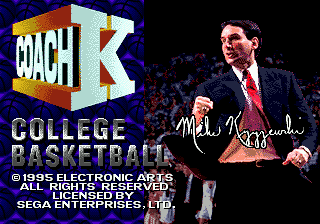 Mike Krzyzewski, the lifetime coach of the Duke University basketball team, endorses this NCAA-licensed spin-off from the NBA Live engine. The game includes 32 NCAA teams (including K's own Duke Blue Devils and the 1994 NCAA Champions Arkansas Razorbacks), as well as eight classic teams, but the license does not include player names. There are three game modes: Season, Tournament (with three save slots for both) and Exhibition, and options follow the standard set from the NBA Live series. Gameplay also remains unchanged, with the typical three basic actions (fast running/steal, pass and shoot/block for A, B and C buttons) and the ability to call moves on the fly by pressing one of the buttons along Start (three or six moves can be set, depending on the joypad used).