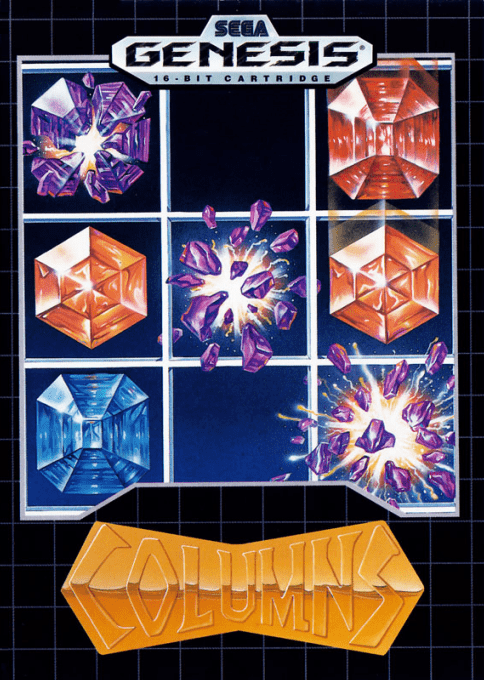 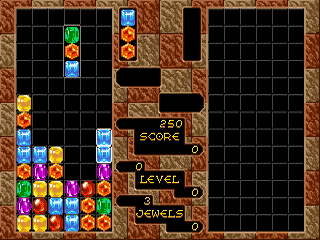 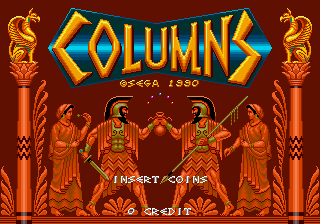 Columns is loosely derived from Tetris, as it involves arranging falling blocks in such a way as to clear them. However, in columns they are groups of 3 same-size but varying color blocks, which must be arranged into sequences of 3 or more, either horizontally, vertically or diagonally. Sequences of 4 or 5 count for double or triple points, and diagonal sequences score the most. The real trick is to set up 'combos' - where one line causes other blocks to drop so as to create other lines. As well as the normal game mode, there is also a 'flash' mode, in which the aim is simply to remove a particular block from the base of the pre-formed pile of bricks. The difficulty of this can be determined by increasing the number of complete rows which are already in place.