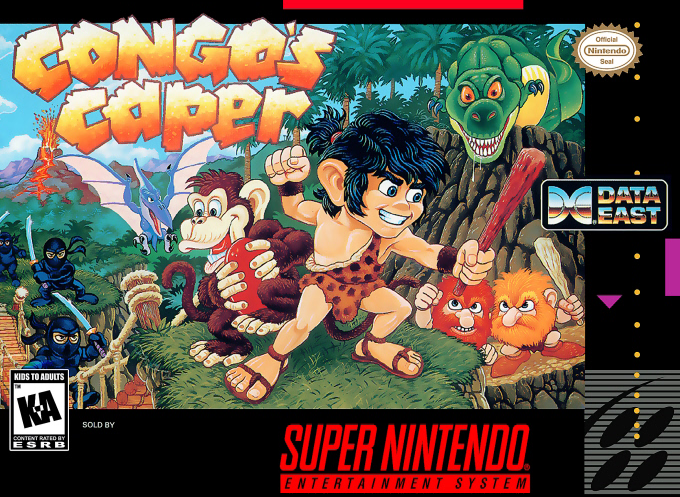 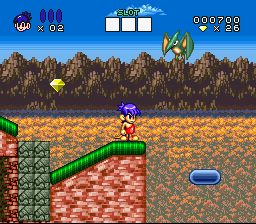 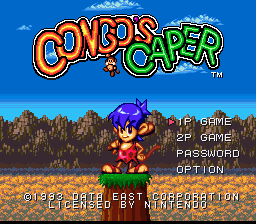 Congo and Congette were a pair of monkeys happily living in the jungle. One day a magic ruby fell out of the sky and turned both Congo and Congette into half-humans. The ruby also brought forth a demon-kid who prompty kidnaps Congette. It will be up to the newly evolved Congo to travel across the jungles and rescue her. Congo's Caper is a side-scrolling platform action game. Being the second Tatakae Genshijin game, it is the sequel to Joe & Mac and controls very similar to that game. Players move Congo to different locations on a map, each representing one level. Controlling Congo, the player can move left, right, jump, duck, swim, climb ladders, roll down hills and swing his club to attack enemies. If Congo is damaged or hit by enemies, he reverts to a monkey form. Another hit as a monkey will kill him and use up one of his lives. To return to human form, Congo can collect a ruby or if he collects rubies while already human he can turn into an invincible Super Congo for a short while. Collecting 100 diamonds or 1 big diamond will give Congo and extra life while collecting sapphires will spin the slot machine (and possibilities of bonuses).