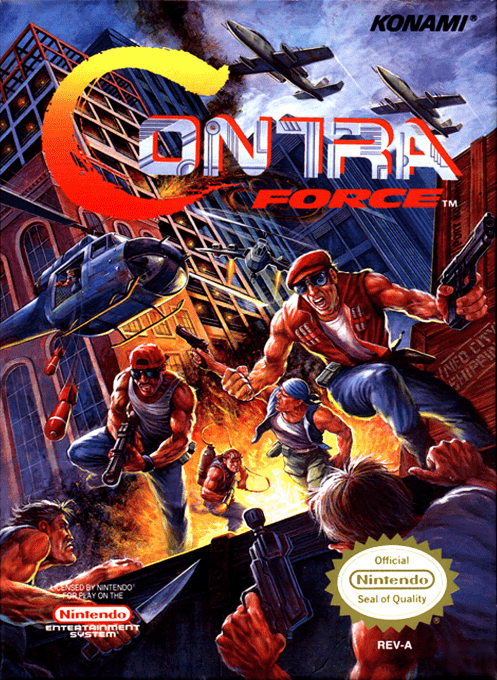 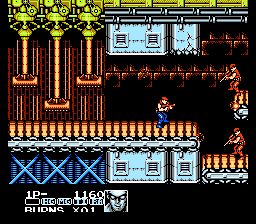 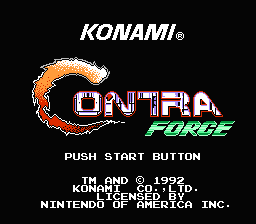 Contra Force, a special forces team including Commando Burn, Smith, Beans, and Iron, protects Neo City from the terrorist group, D.N.M.E. This is the third Contra game for the NES (and was released just after Contra III: The Alien Wars for SNES). There are five missions, involving both side-scrolling and overhead shooting levels. Switch between the four commandos and find secret passages, not to mention a large arsenal of weapons: rocket launchers, flame throwers, bazookas, land mines, rifles, time bombs. For one or two players.