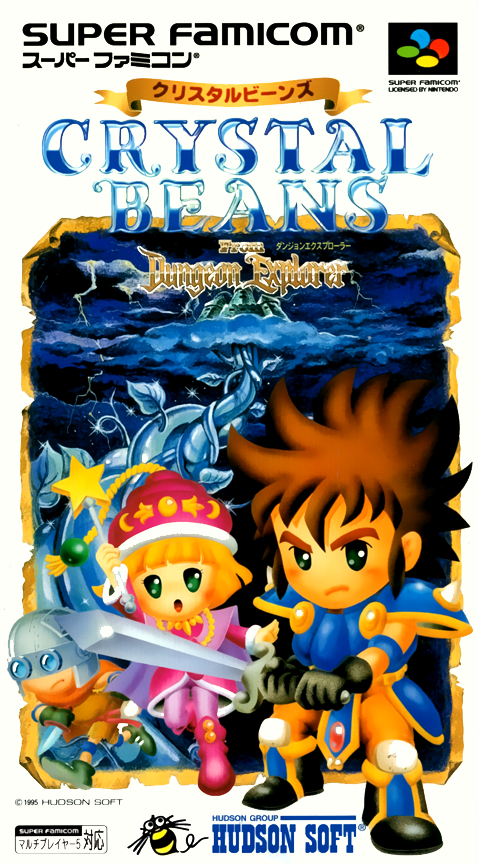 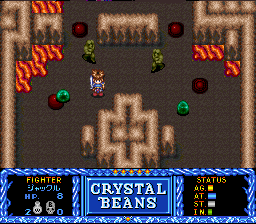 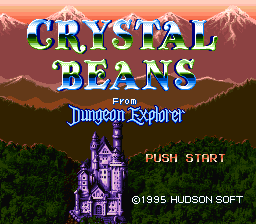 There was once a prosperous kingdom, a peaceful kingdom, ruled by a wise old king, where all peopled lived happily together, protected by the power of a magical crystal. But one day, several dark clouds appeared over the kingdom and poured down a devastating rain. And then one of the clouds turned into a demon, and, reaching its hands to the treasure room in the palace, took the crystal away. The demon lord, still in a form of a menacing dark cloud, started spawning monsters and sending them to attack the now helpless kingdom. The king called to the heavens for help. Eight magical weapons fell on the ground, and eight warriors rose to protect their country. Your task now is to cleanse the land of the monsters and to defeat the evil demon lord. "Crystal Beans" is an action RPG based on fighting and dungeon crawling. You can play as either of the eight initial character classes: Fighter, Warrior, Bow-man, Wizard, Priest, Kage (a kind of a ninja), Monk, or Witch. In addition, there are four secret classes you discover during your journey. Each class has its own strength and weaknesses, and two unique attack types.