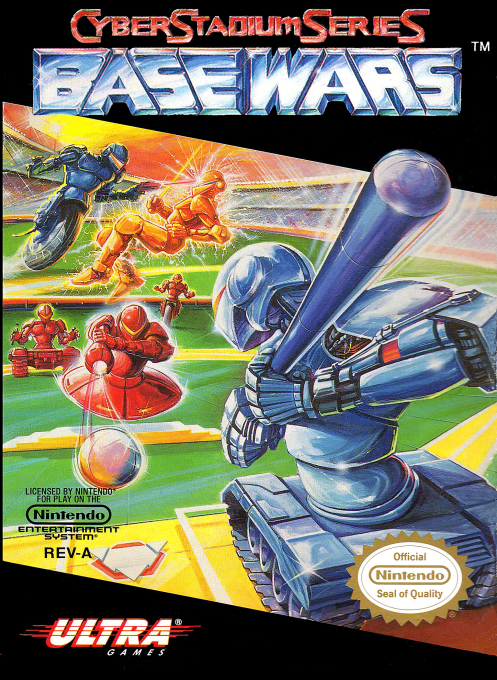 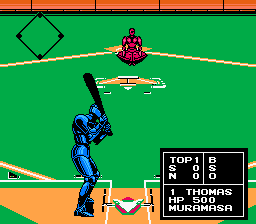 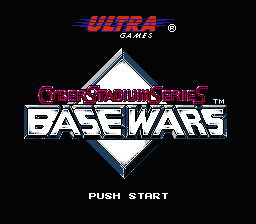 In the 24th century, the game of Baseball is very different. Tired of paying huge players salaries, the team owners got together one weekend and came up with a bold new idea, Robots. Indeed they renamed their league the Cyber League and stocked it with four robot types; Cyborg, Tank, Floater or Motorcycle, to play. On an orbital stadium in space, these robots all play a slightly different variation of the baseball rules. Hitting the ball and catching pop-flys and making home runs are all the same, but when the call of a play is in dispute, there are no base referees; the robots engage in a one-on-one battle using any weaponry they're carrying. Of course to make things interesting, weaponry (and other robot parts and equipment) can only be purchased with team funds during a tournament game, and team funds can only be obtained by wins. Thus the series closer is always sure to be a sold out game.