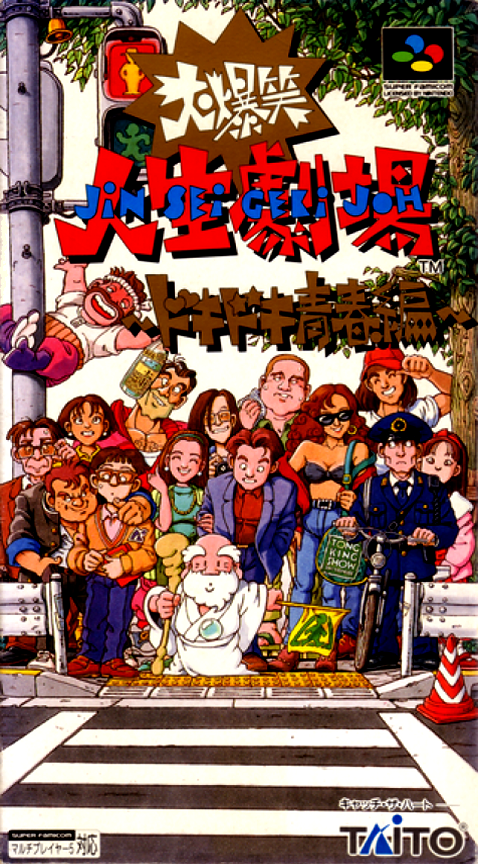 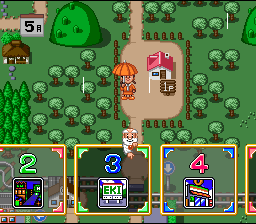 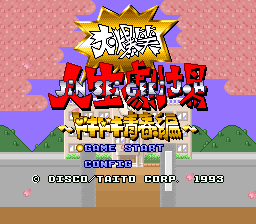 Daibakushou Jinsei Gekijou: Dokidoki Seishun Hen ("Great Burst of Laughter Theater Life: The Heart-Pounding Adolescence Chapter") is the second Super Famicom game in the Bakushou Jinsei Gekijou franchise and the fifth game overall. Like the rest of the series, it is a competitive multiplayer board game that plays similarly to Milton Bradley's The Game of Life, known as the Jinsei Game in Japan. Unlike Daibakushou Jinsei Gekijou, which carried the player from infancy to retirement age, Dokidoki Seishun Hen focuses entirely on highschoolers. The goal is to learn as much knowledge as possible, earn plenty of money and make their teachers and parents happy. Instead of having a target square to reach in order to continue onto the next phase of the game, the players simply move around a circular board experiencing events every turn as weeks and months pass, with new elements and new areas of the board added after certain dates.