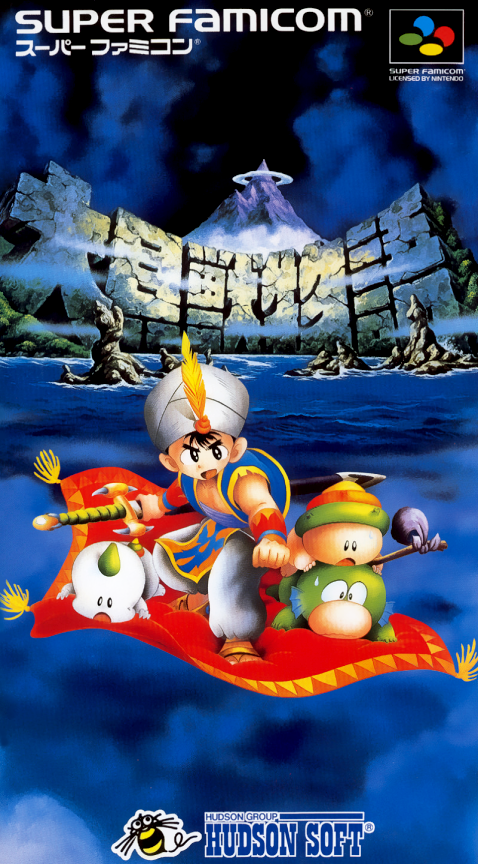 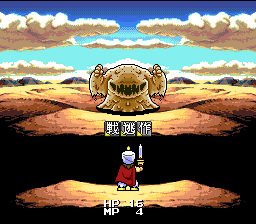 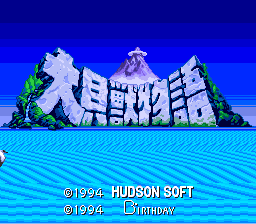 The magical land of Shelldorado is populated by creatures who look like beasts, but possess a great wisdom despite their appearance. A long time ago, the land was attacked by the Demon King Fattobajah. The Demon King was only defeated by the power of the four great elemental shells - Fire Shell, Water Shell, Air Shell, and Earth Shell. In the ultimate battle, Fattobajah was sealed by the magical Aura Balls, and the Balls themselves were sealed in a crypt in Dorado City, so that the Demon King could never reawaken. Years have passed, and a disaster occurred. Several meteors fell to earth, causing huge tidal waves. The Shell-beasts realize it must be another Aura Ball, one they have not sealed. They call the Hero of the Fire Shell back to Shelldorado. He must seal the new Aura Ball, but he can do that only after finding the other Shell heroes. The Hero of the Fire Shell is you... The game is a traditional console-style RPG with random battles and turn-based combat, viewed from semi-third-person "over-the-shoulder" perspective. There are a lot of party members to recruit, the Shell heroes as well as optional, secret characters. The party members you find might have a unique skill which can be required to solve puzzles. At one point in the game, you'll also be able to build your own town. 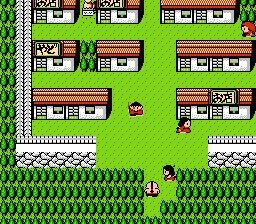 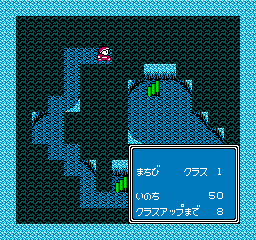