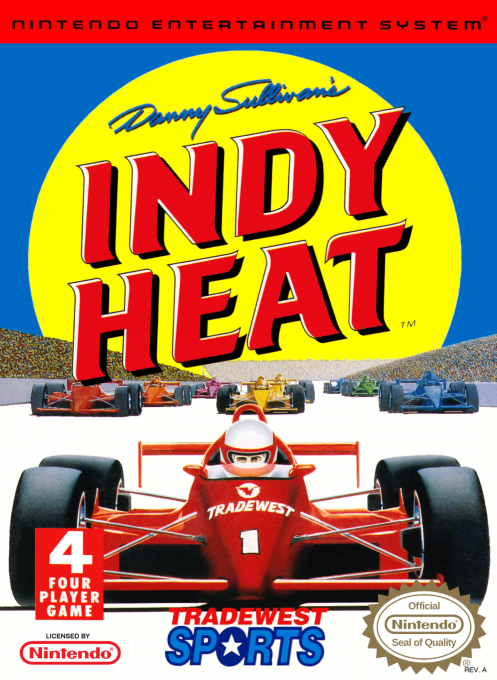 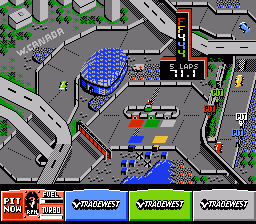 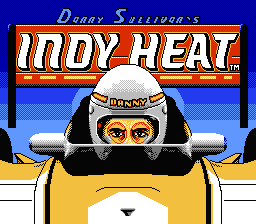 Danny Sullivan, 1988 IndyCar champion and winner of the classic 'Spin & Win' Indianapolis 500 in 1985, put his name to this Super Sprint style racing game. There are 4 cars in each race, 1 or 2 player options, and 9 tracks to race on, with the Tradewest Speed Bowl the ultimate target, and is much longer but with double points (it's essentially a substitute for the licensed-elsewhere Indianapolis 500, which did pay double the usual level of IndyCar championship points for many years). The player has limited fuel, and will run slowly if supplies run out, and the car can be damaged, although both are repairable in the pits. They get a turbo to use sparingly, which can also be recharged in the pits if they have bought more. After each race the player will get money (slightly more for a higher finish), which can be spent on upgrades such as improved power, brakes or more turbos. 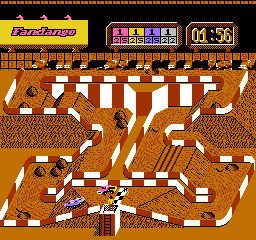