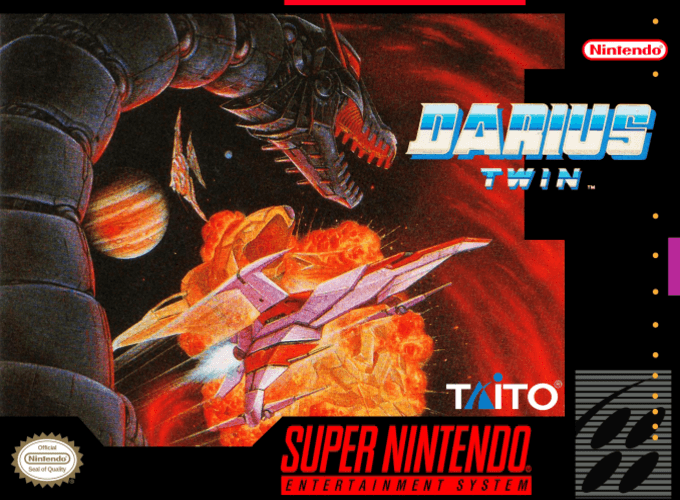 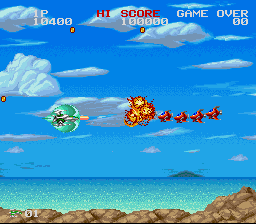 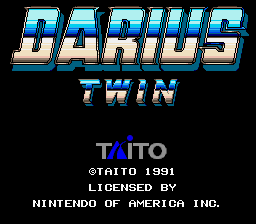 The evil alliance under the leadership of Belser is attacking your world; as pilot of a Silver Hawk fighter, your goal is to stop them! Darius Twin is a side scrolling shooter similar to other games in the Darius series. You'll fly through a series of different stages, each with numerous enemies and ending with a large boss. You begin the game with a limited amount of fire power, but after shooting certain enemies power ups are left behind to increase your capabilities. Unlike many of the Darius games, if your ship is destroyed you don't lose all of the weapons you've collected; likewise you also continue on at the same point rather than being sent back to a checkpoint. Similar to many of the Darius games there are different routes that can be taken towards the final stage. At the end of each stage, you are shown a map and can select the next stage you would like to complete.