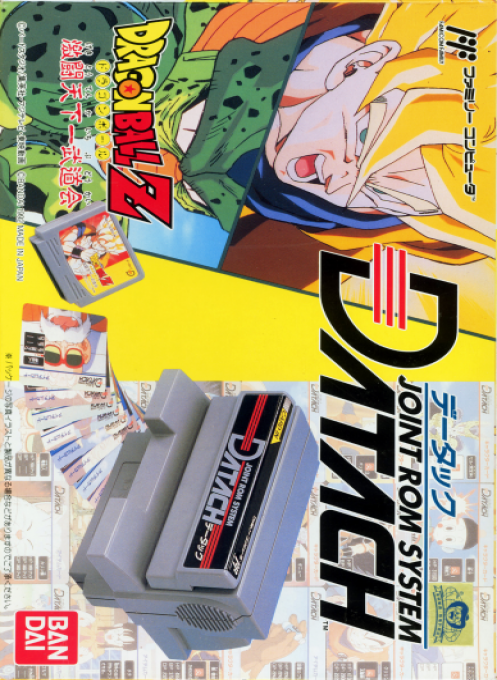 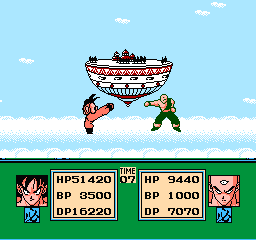 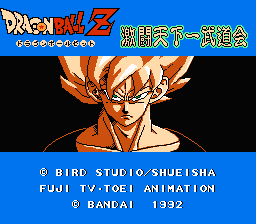 Dragon Ball Z: Gekito Tenkaichi Budokai, Doragon Boru Zetto Gekit? Tenkaichi Budokai; translated as "Dragon Ball Z: A Fierce Battle at the Tenkaichi Budoukai") is the first fighting video game based on Dragon Ball Z. The game was unique in that it came with a special card reader attachment for the NES, the Datach Joint Rom System, which requires several special cards to be swiped in order to add characters and items in the game. The game features many playable characters from the series (at least 28) and most of their transformations, with a corresponding trading card for each. There is also cards for varying versions of each single character, all with completely different attributes, statistics, and usable special moves. Each single version of a single character has only one special attack