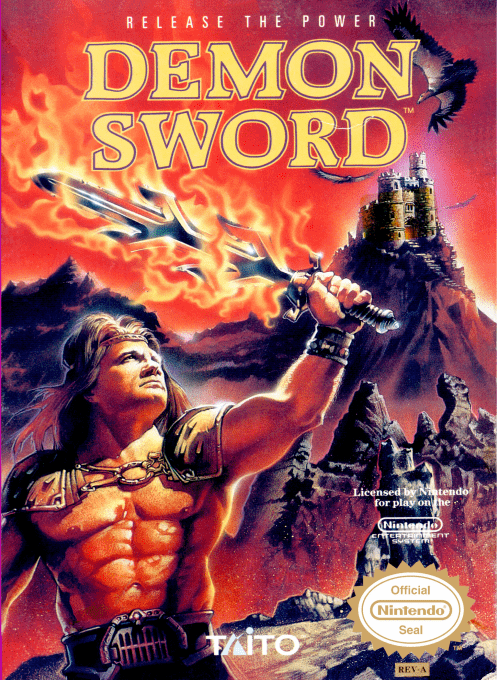 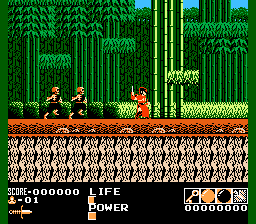 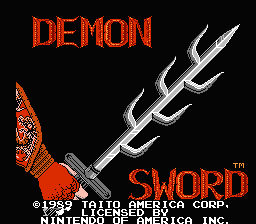 In Demon Sword you play the part of the noble fighter Victar. Victar carries with him a sword which was used long ago to defeat the evil Dark Fiend who took over the land. Now he is back, and Victar must use the sword to defeat him once again. The game is an arcade style platform game. You begin with just part of the demon sword, and after defeating a large monster at the end of each level an additional section of the sword is restored. After all six missing parts of the sword are found, you can attempt the final level to defeat the Dark Fiend. In addition to the sword pieces, there are other items which can be found during the levels to help out; these include keys to open mystic doors, spheres to restore life, and different types of weapons.