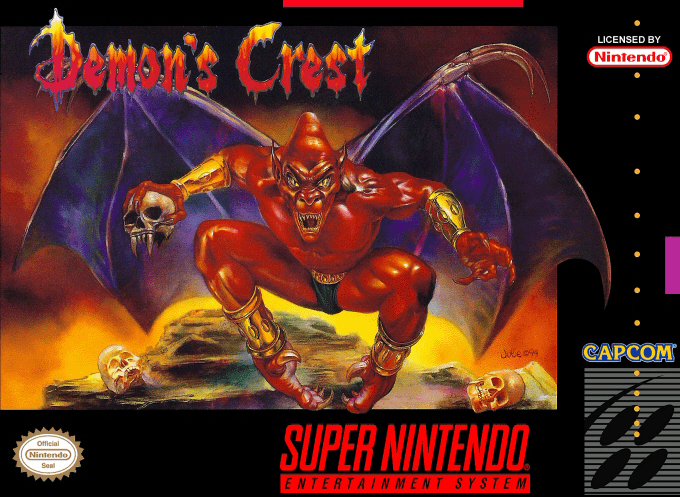 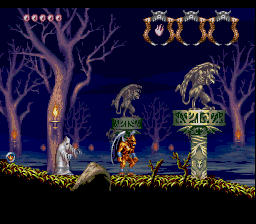 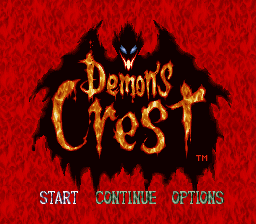 Demon's Crest is a sequel to Gargoyle's Quest. Once, the world of demons and the world of humans co-existed in harmony. But then six mysterious crests fell from the sky onto the earth, crests of six elements: fire, water, air, earth, time, and heaven. The demons became obsessed with the crests and with the power hidden in them, and so a civil war started. Finally, the Red Demon named Firebrand got all the crests but one - the crest of heaven. The Dragon Demon possessed this crest, so Firebrand decided to confront him. He defeated the Dragon Demon, but was himself severely wounded in battle. While flying back, he was knocked down by a mysterious enemy and lost his crests. You control Firebrand, a flying red demon, and your mission is to help him to gain his crests, and to defeat everybody who stands in his way. This is a platform action game: you fight the enemies in real time (using magical attacks), avoid obstacles, collect healing potions on the way, etc. Firebrand can also fly for a short time.