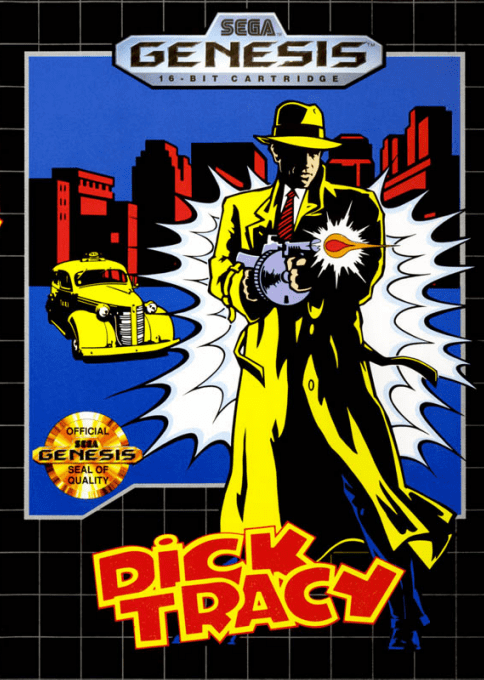 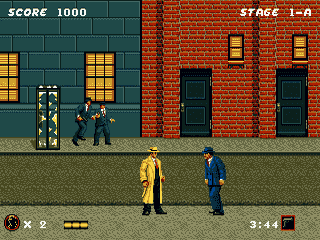 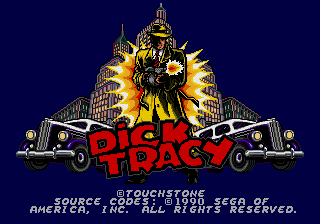 This is one of the games based on the Dick Tracy movie. You are Dick Tracy, a police detective who enjoys a peaceful life with his wife. But his wife's father is murdered by a local gangster named Big Boy Caprice, and Dick Tracy is now out for revenge. The game doesn't follow the exact plot of the movie, but simply lets Dick Tracy fight his way through several levels until he faces his archenemy. This is a platform shooter/"beat-'em-up" game. Plenty of gunmen will attack our hero from all the sides. Dick can only move to the right or to the left. He can use his pistol gun to take out enemies who are in front or behind him. Since he can't approach enemies who attack from the depth of the screen, he can dispose of them using his machine gun. When the enemy is too close, Dick will punch him instead of shooting.