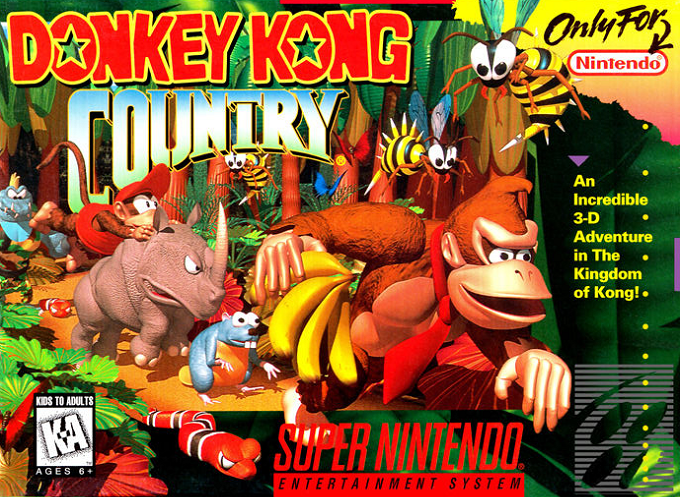 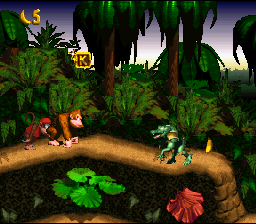 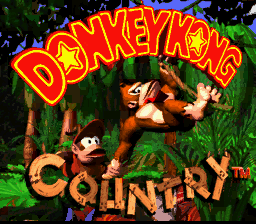 King K. Rool has stolen Donkey Kong's banana stash, and Donkey Kong needs your help to get them back. In search of K. Rool, the Kremling horde impedes your progress. Kremlings, crocodile-like creatures, include Kritters (they succumb to a simple jump on the head), Krushas (they are virtually indestructible), and others. There are also other enemies that block your path, such as beavers, snakes, vultures. Leading them are dastardly bosses, including Very Gnawty, Necky, Bumble B, and Dumb Drum, and they all bar the way with their own special blend of villainy. Donkey Kong is joined by Diddy Kong: these two primates differ significantly. For example, Donkey Kong is generally stronger; he can destroy most enemies with a single jump and can lift barrels straight over his head to throw them farther. On the other hand, Diddy is faster and not as strong as Donkey; he can run really fast and do cartwheels. Diddy carries barrels in front of him, creating a shield against frontal attacks. The game is split into different worlds, which are split into different levels. Each level contains bonus areas, where one can collect bananas, medallions, and lives. At the end of each world is a boss, which is usually a larger version of a minor enemy. 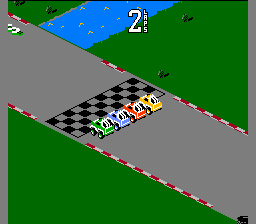 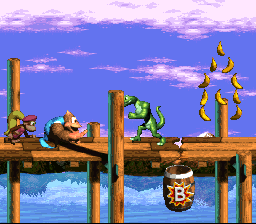 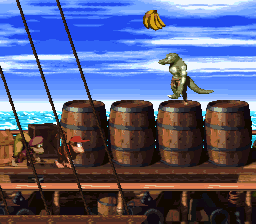 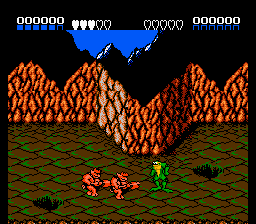