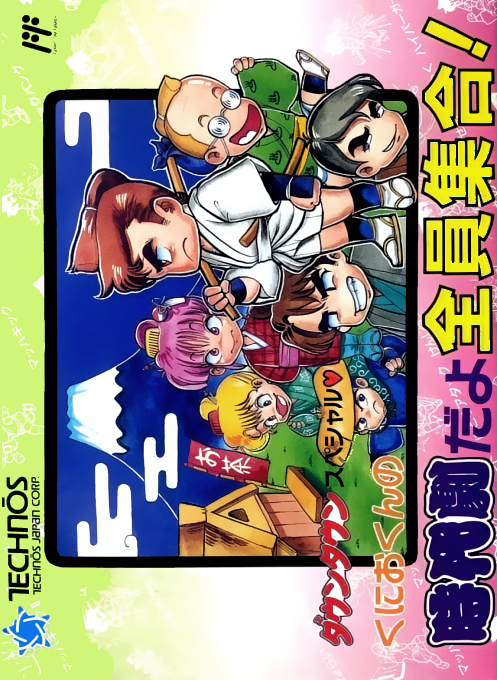 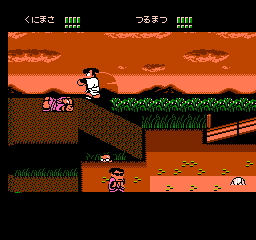 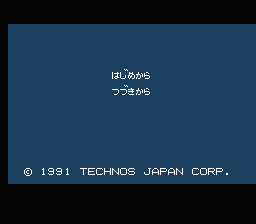 Downtown Special: Kunio-kun no Jidaigeki da yo - Zenin Shugo! is a Japanese-only sequel to the classic beat 'em up/rpg hybrid Downtown Nekketsu Monogatari aka River City Ransom. The game takes place in the Edo period of Japan, making it a prequel really, as you take control of an ancestor of Kunio (also named Kunimasa) tasked with saving the life of his ill friend. Kunimasa must traverse the Japanese countryside beating the collection of gang members and other assorted baddies in the same way as in River City Ransom. Each location is represented by a side scrolling level filled with enemies, which you must take down using a collection of attacks and special moves that can be purchased from shops scattered through the levels. The game uses the same engine and Super-Deformed character design, only changing the sprites to reflect the new setting. Unlike RCR, you can freely select which stage to tackle at any time, making it a more non-linear experience. And while money is still used to buy items, weapons and moves, you now also gain experience directly by defeating enemies, which is used to enhance Kunio's base stats. A two-player mode is available and, even if you play the game solo, the game provides help in the form of an AI-controlled partner who can be change as you gain more allies thorough the game (including former enemies).