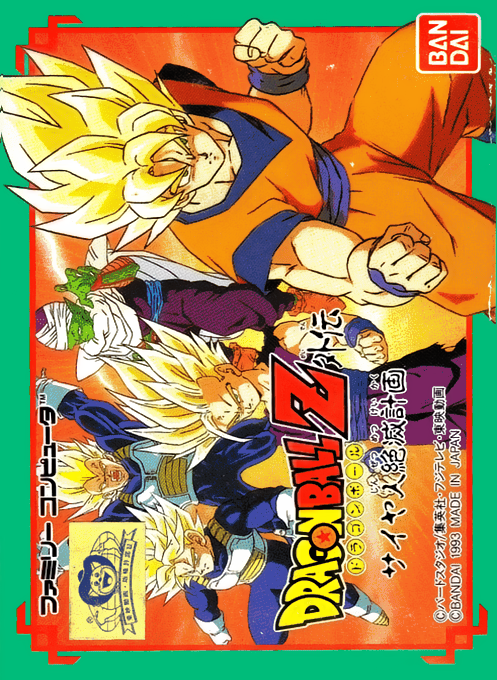 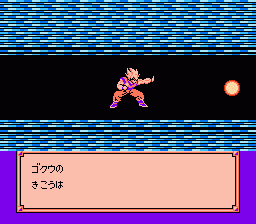 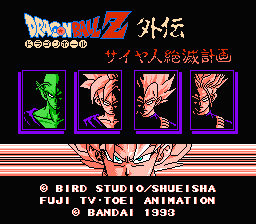 One of the last games made for the NES console, this Gaiden (side-story) to the Dragon Ball Z card-RPG series features many characters from the famous manga series, but comes with its own original story. An unknown force has released a toxic gas all over the Earth. The series' hero Son Goku and his friends have to find out who or what has caused this disaster. During their quest, they meet an old scientists who had survived a cosmic battle many years ago, and must face their ultimate enemy. You control five various Dragon Ball characters in this game: Son Goku, Son Gohan, Piccolo, Vegeta, and Mirai Trunks. The game is based on training your characters, and fighting with them. The outcomes of the fights are determined by the player choosing different cards he has at his disposal, and combining them to create various attacks.